Philosopher
The Son of God
Healer

Sitting at the right-hand of God the Father.

Jesus Christ, or otherwise known as Jesus of Nazereth is widely recognized as a sacrificial savior and son of God by Abrahamic Religions.

Jesus of Nazareth (c. 5 BC/BCE – c. 30 AD/CE), also known as Jesus Christ, is the central figure of Christianity, which views Him as the Messiah foretold in the Old Testament, with most Christian denominations believing Him to be the Son of God who was raised from the dead. Islam considers Jesus a prophet and also the Messiah. He is one of the most influential figures in human history.

Christian beliefs include Jesus' virgin birth, performance of miracles, and ascension into Heaven.

According to most Christian interpretations of the Bible, the theme of Jesus' teachings was that of repentance, unconditional love, forgiveness of sin, grace, and the coming of the Kingdom of God, also known as the Kingdom of the Heavens. Starting as a small Jewish sect, it developed into a religion clearly distinct from Judaism several decades after Jesus' death. Over the centuries, it spread to most of Europe, and around the world. His followers look at Jesus Christ the savior of humanity.

He is born of a woman called Mary, a virgin woman chosen to be the mother of the Messiah because of her goodness. Mary gets pregnant by the Holy Spirit. Time before his birth, Joseph, Mary's fiancé, breaks up with her secretly, but an angel explains him everything and Joseph returns with Mary. 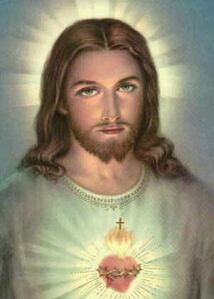 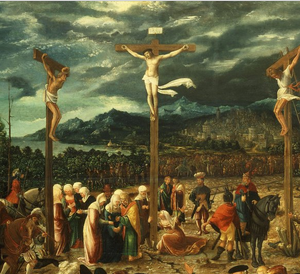 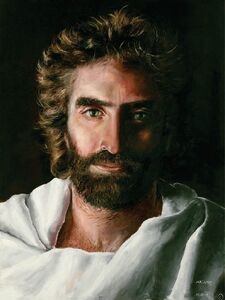 A painting of Jesus Christ by Akiane Kramarik. 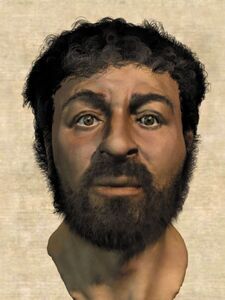 An image of Jesus reconstructed by a British scientist. 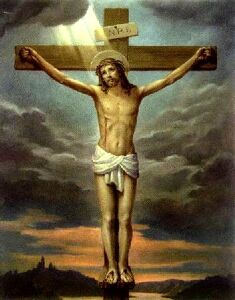 An artwork of Jesus dying on the cross.
Add a photo to this gallery

Retrieved from "https://hero.fandom.com/wiki/Jesus_Christ_(theology)?oldid=1299069"
Community content is available under CC-BY-SA unless otherwise noted.