He was voiced by Greg Ellis in all of his appearances.

Jet-Vac was a daring flying ace from the land of Windham. Like all Sky Barons, he received a set of magical wings when he was young, but when Windham was attacked he gave them up to a young mother so she and her children could escape. Eon was moved by this story enough to seek Jet-Vac out and give him a vacuum device to replace his lost wings. The winged warrior accepted the gift with gratitude, and now daringly fights evil alongside the other Skylanders. 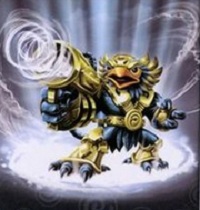 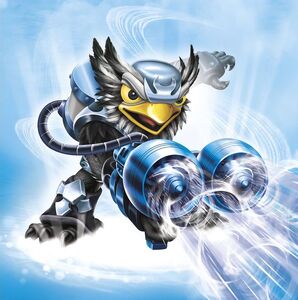 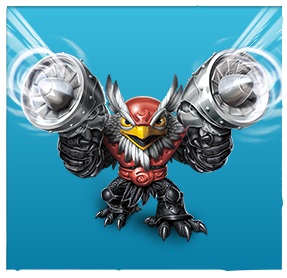 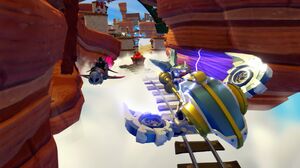 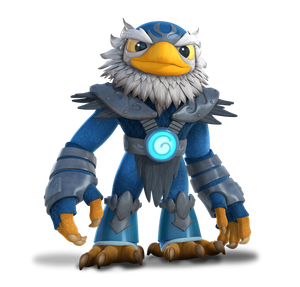 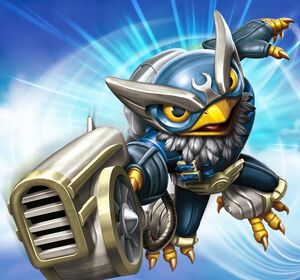