Jet is the protagonist from Hero of Robots. He is main pilot of Lion King, later Caesar/Prime Caesar.

Jet is a hot-headed young man, who is obsessed with martial arts like Taichi, etc. With the sense of justice, Jet is ready to fight against the evil opponents like La Jeal and Elsin.

In love with ancient martial arts from all countries, he dreams to be a master in martial arts in the future. 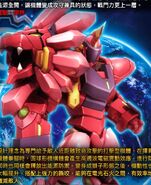 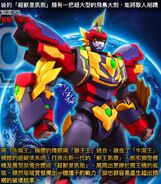 Retrieved from "https://hero.fandom.com/wiki/Jet_(Hero_of_Robots)?oldid=1611978"
Community content is available under CC-BY-SA unless otherwise noted.