Capture bounties for money, Keep Spike out of trouble

Jet Black is the tritagonist of the anime series Cowboy Bebop. Known on his home satellite as the "Black Dog" for his tenacity, he is a 36-year-old former cop from Ganymede (a Jovian satellite) and acts as Spike's foil during the series.

He is voiced by the late Unshou Ishizuka in the Japanese version and Beau Billigslea in the English version, the latter of whom also voices Barret Wallace.

Jet possesses a tall, broad and muscular appearance. He is balding and only the sides and back of his head have hair. His sideburns continue down his cheeks to form a beard, giving him a slight resemblance to Daisuke Jigen just like Spike's tall, lanky body gives him a slight resemblance to Lupin III and Vicious' wild, untamed hair and love for wielding the Katana resembles Goemon Ishikawa. His left arm is a synthetic, robotic limb that seems to heighten his strength. His original limb was lost when he was ambushed by a syndicate assassin and his crooked cop partner. The metallic piece under his right eye has no known purpose, but it is not likely a cosmetic choice.

He wears a flight suit most of the time, but has been known to dress up for trips to a nightclub or casino. The scar on his face may imply that he has been in some fights as a cop and bounty hunter.

As the oldest member of the Bebop crew (biologically speaking, though Faye Valentine is older chronologically), Jet is often thought of as a father figure. He seems to take this as an offence, preferring that others think of him as young.

Although he may look gruff and sometimes has rude attitudes, Jet is basically a good and thoughtful man who, while hiding his feelings, has a great affection for his own companions and thinks of them the same way of a family. Undoubtedly the most reliable member of the crew, Jet proves to be very apprehensive, proud, and capable of great fidelity. For some of his attitudes he could be considered a control freak, but it is not intentional, and all the other characters recognize his choices as the most right.

Jet has a great passion for bonsai and cooking (although his dishes are harshly criticized by his companions), adores jazz and blues music (Bebop, the given name of his starship, is a type of jazz) particularly the songs of Charlie Parker, and also highly appreciates the works of Goethe. As captain of the Bebop, he is very fond of his ship and greatly worries about the damage it could receive in firefights.

Jet is trustworthy and remains loyal to his friends, even if they are self-serving at his expense. He may appear gruff on the exterior, but often lets down his guard to joke or relax.

One of the key aspects of his personality is that he isn't very trusting of organized law enforcement, as he thinks that they typically don't do their jobs well. A former cop himself, his biggest reason for becoming a bounty hunter was because he felt that only then he would be able to deliver true justice to criminals.

Jet Black became the captain of the Bebop after retiring from the ISSP, and travels the Solar System in search for the next job. He considers it a simpler lifestyle, and cleaner than the corruption he dealt with within his old police force.

His training as an ISSP officer and years of tracking down and capturing bounties has given Jet a number of irreplaceable skills; he is a very capable pilot piloting both the Bebop and his own personal ship the Hammer Head. He is also a skilled marksman specially with his Walther P99 as seen in many fire fights where he is capable of handling his own. He has also shown himself to be a very competent and dangerous hand to hand fighter, he relies less on finesse and technique like Spike and more on his brute strength in the form of boxing and grappling techniques. 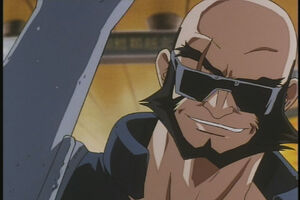 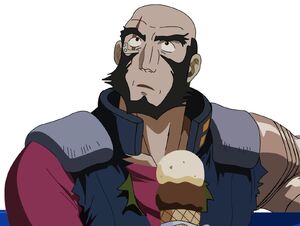 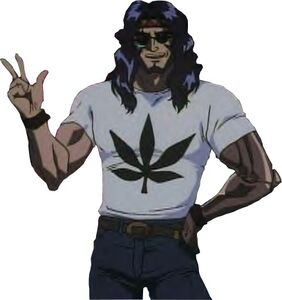 Add a photo to this gallery
Retrieved from "https://hero.fandom.com/wiki/Jet_Black?oldid=1827788"
Community content is available under CC-BY-SA unless otherwise noted.