No information
Jetray is an alien transformation from the Cartoon Network reboot series Ben 10, He is an Aeropela based in his Original counterpart.

He is voiced by Dee Bradley Baker.

Jetray is a red alien with the form of a manta ray, he has two yellow horns and yellow wings that serve to glide, in his chest he has black and yellow lines, the omnitrix symbol is hin his chest. 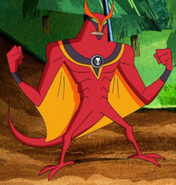 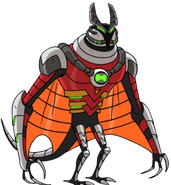 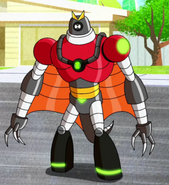