Heroes Wiki
Register
Don't have an account?
Sign In
Advertisement
in: Romance of the Three Kingdoms Heroes, Honorable, Monarchs,
and 58 more

Military Warriors
Jin Dynasty (in Chinese: 晉朝), also known as Western Jin (in Chinese: 西晉), are the heroic faction in the 14th-century Chinese classic novel Romance of the Three Kingdoms by the late Luo Guanzhong, and its multiple adaptations. They are formed at the end of the Three Kingdoms period. Though it unified Han China under one ruler, its prosperity was short-lived and gave birth to another period of civil conflicts.

When the Sima family initially served the Wei kingdom. After Wei emperor Cao Rui's death, Cao Shuang and Sima Yi later served Emperor Cao Fang and made such comments as the new vassals. At the end of coup d'etat, Sima Yi eventually killed Cao Shuang, the Sima family kept learning about an ambitions and gaining various powers to occupy all territories. At first, Sima Zhao, Zhong Hui, and Deng Ai lead the armies to attacked Shu troops. One of the Shu generals, Jiang Wei, lead the troops to prevent the enemy forces.

After Shu forces dies in battle and Liu Shan was surrendered by Wei forces, Shu kingdom was officially destroyed and Wei eventually take over the most powers to received many forces. Later year, Sima Yan forced Wei emperor Cao Huan to abdicate him, But the end of Wei kingdom and starting Jin Dynasty (as Emperor Wu) The name of dynasty was taken from Jin State from the Spring and Autumn Period which once ruled the Sima family area in Henei (now Wen County, Henan).

Jin and Wu conquered all of China, but internal conflicts, corruption, and political chaos of the dynasty quickly weakened, and unification only lasted ten years. After the emergence of the second Jin emperor, Emperor Hui, various imperial princes tried to seize power in the War to destroy the Eight Prince.

Wu Hu rebellion followed, where a large number of refugees fled south, while the north was inhabited by various nomadic tribes. After the end of the Western Jin, when Jin council was evacuated to the southern region of the Huai River, and beginning of Eastern Jin and the 16th State period. 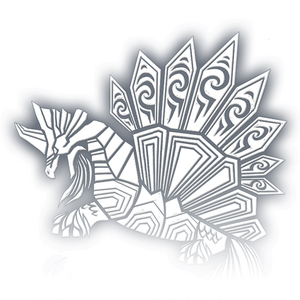