Jinbei Sugamata is one of the heroes from the Samurai Shodown series.

Jinbei Sugamata was a retired warrior, one day, he rescued Suzu from the sea. He raised her until she met Takechiyo and fled. Jinbei is now searching for her.

As an experienced veteran of combat, Jinbei is a traditionalist who is loyal to his lords. He likes Suzu and treats her like her own daughter, which conflicts with his family. 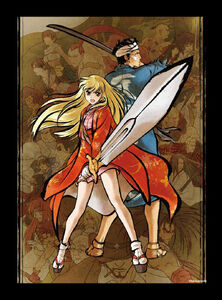 Retrieved from "https://hero.fandom.com/wiki/Jinbei_Sugamata?oldid=1841990"
Community content is available under CC-BY-SA unless otherwise noted.