The first child and eldest daughter of Tenzin and Pema,
Granddaughter of Katara and the late Avatar Aang,
Oldest sibling of Ikki, Meelo, and Rohan,
Kai's girlfriend,
Airbending master


Spending time with her family,
Meditating,
Sharing information of airbending and spirituality with others.

To aid Avatar Korra and protect her from mortal danger by any means possible.

Jinora is one of the supporting characters of The Legend of Korra. She is the first child and eldest daughter of Tenzin and Pema and granddaughter of Katara and the late Avatar Aang. She lives on Air Temple Island with her parents and three younger siblings: Ikki, Meelo, and Rohan. Besides being a master airbender, Jinora has an avid interest in books and is a rather quiet girl in general. She has a natural affinity with spirits and, prior to the reopening of the spirit portals, was one of only a handful of humans who could communicate with and perceive the spirits in the physical world. As a result, she became Avatar Korra's guide into the Spirit World. Sometime after 171 AG, she entered a romantic relationship with Kai.

Jinora is a reserved and intelligent, much different from her younger, more rambunctious siblings. Out of Tenzin and Pema's four children, she is the calmest and most mature. However, she does like to tease her siblings from time to time, causing her sister to perceive her as "mean and bossy". Although still young, Jinora displays a great amount of courage, as she was willing to exchange her soul in favor of the world's well-being when she was being used as leverage to coerce Korra into opening the Northern spirit portal, as well as prolong the separation of her soul and body in order to aid the world by finding Raava.

She enjoys reading historical fiction, as well as her father's journals chronicling his adventures with her grandfather, Avatar Aang, and the adventures of Aang and his friends. She also has an interest in playing Pai Sho, and is starting to find boys interesting, which troubles her father greatly.

Jinora is the most spiritual in her family, believing that she had always had a connection with spirits. With the help of a group of spirits that she met, Jinora was able to enter the Spirit World with Korra.

Jinora is an airbending master who has displayed an excellent variety of skills. This was evident when Korra earthbent Jinora and Ikki into the air and she used airbending to glide down, and later when she defeated the Lieutenant when Air Temple Island came under attack. Also, she is able to use a glider and has mastered the air scooter, a move invented by her late paternal grandfather, Aang. Her skills in combat and natural agility allow her to go toe-to-toe with even the most agile of Equalist chi blockers. Her airbending abilities also supplement her fighting skills by giving her the element of surprise so that she may gain the first strike, as well as enhanced mobility. She is proficient in the use of a glider, able to fly at a rapid pace and carrying someone along with her, be it on her back or held by her legs. She can also combine her airbending with her spiritual powers to use astral projection, which she has used to track people whom she has spiritual connection with. Her overall proficiency and knowledge of the airbending skills and teachings have ultimately made her father give her the blue arrow tattoos, the symbol of a true master.

Much like her grandfather Aang, Jinora possesses a strong natural affinity with spirits and spiritual-related matters. She is able to see spirits that hide their presence from others, detach her spirit from her body to move about freely in the material world, and guide people into the Spirit World. Similarly, she can sense the energy presence of other individuals and track them through it over great distances. During Harmonic Convergence, her spiritual prowess was enhanced and she was capable of manipulating and generating light, a power crucial to save Raava and Korra. Even without amplified projection, she was able to search Lake Laogai and the Earth Queen's Temple without being detected.

According to Katara, Jinora's life energy was notably strong, as she was able to survive an extensive period of time with her body and soul separated, as her spirit had been trapped in the Spirit World.

Being well-read, Jinora has a great general knowledge, ranging from historic facts to the workings of recent technology and the habits of fauna. 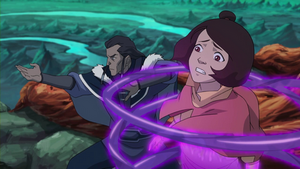 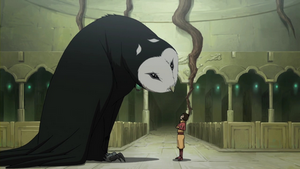 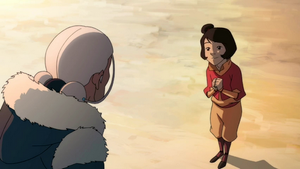 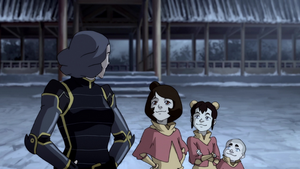 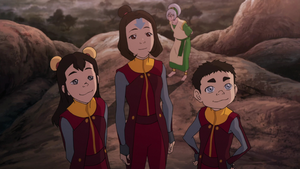 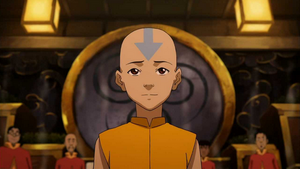 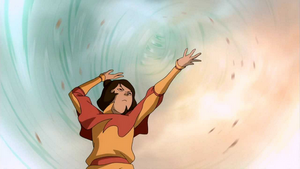 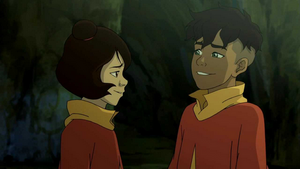 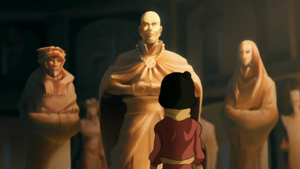 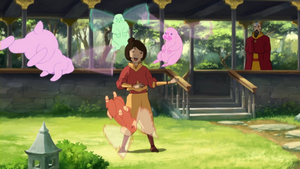 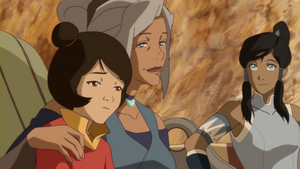 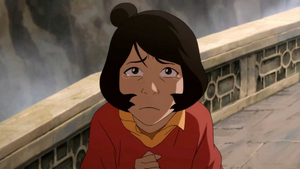 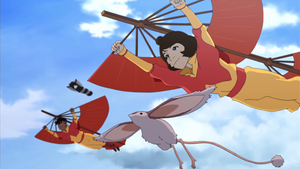 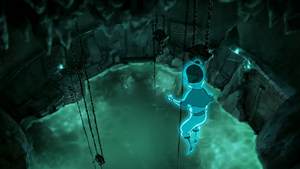 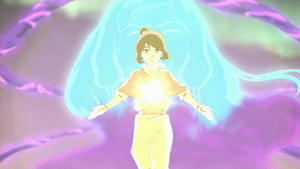 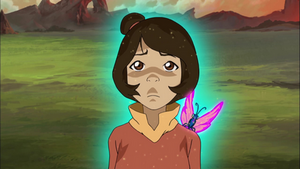 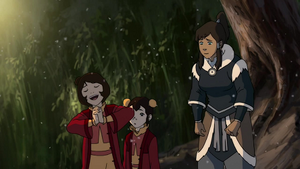 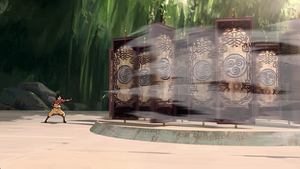 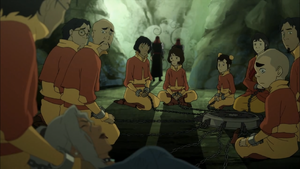 Add a photo to this gallery
Retrieved from "https://hero.fandom.com/wiki/Jinora?oldid=1697422"
Community content is available under CC-BY-SA unless otherwise noted.