Artificial Intelligence
Jiro, better known as Kikaider (or Kikaida in Hawaii) is the main character of the 1970's manga by Shotaro Ishinomori Android Kikaider and its live action and anime adaptations.

He's a powerful android who can feel emotions thanks to the, though incomplete, conscience circuit called Gemini.

The basic story featured in most versions follows Jiro, a robot who was built by Doctor Komyoji in order to stop DARK and Professor Gill from achieving world domination. What will enable Jiro to do so is GEMINI, a special conscience circuit designed to help Jiro distinguish between good and bad and thus ignore the evil orders of Professor Gill. However, GEMINI was left incomplete due to Professor Gill catching wind of Doctor Komyoji's intentions and taking him prisoner.(In the 70's tv show, Komyoji manages to escape but he's affected by amnesia) Jiro meets the doctor's daughter, and the two of them, along with a private detective Hattori Hanpei, and Mitsuko's little brother Masaru, set out to find the Doc and attempt to fix Jiro's broken conscience circuit. Professor Gill sends out his robot monsters, the destructoids to try and thwart them, but Jiro is able to change into his high-powered alter-ego Kikaider and stop them.

The manga and anime version of Jiro is very insecure about his robotic nature and his ability to feel emotions and has trouble interacting with people, however, he's still fundamentally a kind and altruistic individual who sees Mitsuko and Masaru as his family.

The tokusatsu version still has a bit of self loathing about his nature and he refuses to complete his conscience circuit so he can act more human, but he's much less insecure when he's around humans and always bravely challenges the destructoids while making heroic speeches.

Both versions of Jiro are very skilled at playing the guitar.

Excelling at combat and multiple other things, Jiro is without a doubt a very advanced robot. Even in his human form, Jiro has multiple functions and has enough power as well as durability to withstand a 5000 degree flamethrower, ward off some Destructoids and slightly have the upper edge against Saburo/Hakaider in human form, who used his knife in their battle.

Kikaider is Jiro's alternate form, a powerful battle android that has well over 1,500,000 horsepower with a "heart" who fights to protect the world from Professor Gill and the DARK organization. His outer shell is half-blue and half-red because of his incomplete conscience circuit (if it was complete he would only be blue, as blue signifies "good" in the Japanese culture). In this form, Jiro is stronger than any android and if defeated by any of them (through a surprise attack), he can grow stronger to overcome them.

Giant Swing Throw (大車輪投げ Dai Sharin Nage?): Kikaider grabs his enemies and lifts them up over his shoulders, tossing them into the air spinning around several times, and then hitting them hard on the ground.

Spinning Attack: Kikaider jumps on top of the opponent after knocking them down and proceeds to beat them.

Red Beam: A beam that shoots out of Kikaider`s eyes which shows if or not the target is in a disguise.

Ultra Kick: A kick move where Kikaider kicks the opponent with both his legs.

Kikaider Spark: Perhaps his most powerful attack, Kikaider crosses his hands and shoots a strong beam of light from both his hands onto his opponent. 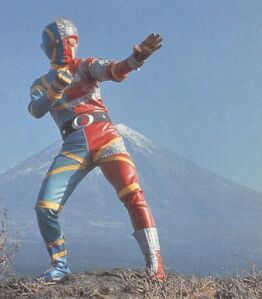 Kikaider in the 70's tv show 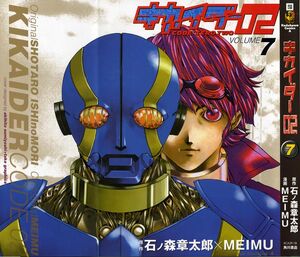 The perfect Kikaider from Code 02 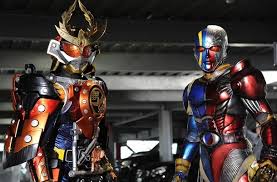 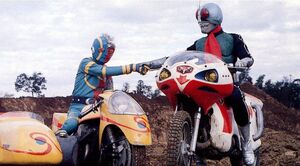 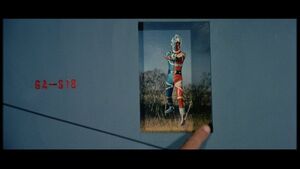 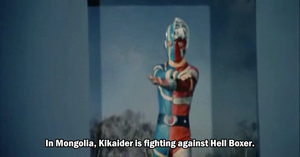 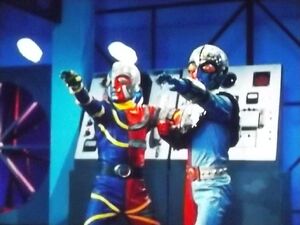 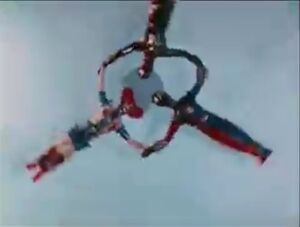 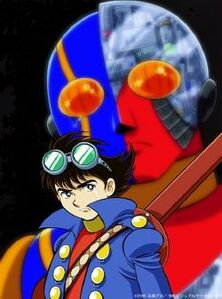 Jiro in the anime
Add a photo to this gallery

Retrieved from "https://hero.fandom.com/wiki/Jiro_(Kikaider)?oldid=1955235"
Community content is available under CC-BY-SA unless otherwise noted.