Collecting Bludgeons.
Working Out.
Dressing up as a super hero.

Help save the world.

Joachim Valentine was first introduced as a side-quest character in the video-game Shadow Hearts but became a main hero in the sequel game Shadow Hearts:Covenant. He is the elder brother of Keith and Hildegarde Valentine. Though Joachim is the elder brother his brother Keith was groomed as the family heir, this is likely the result of Joachim's lack of training in the family blood rites, short attention span and general lack of interest in maintaining the Valentine family's traditions.

Like all the Valentine family Joachim is a vampire; it should be noted that Shadow Hearts take on vampires claims that most of the lore on them is superstition and myth and aside from being intelligent undead, vampires are just as various in personality and morals as humans except with longer lifespans and augmented strength, speed and resilience. Joachim possesses the powers to drink blood, transform into a bat or become invisible however these are not a vampiric abilities but rather a result of the dark rites practiced by the Valentine family. Joachim has no-where close to the level of skill preforming the dark rites as Keith and only knows the Blood Drink ability in addition to his transformations. Keith has warned Joachim that continually abusing his power to transform into a bat might start to wear on his memory while in bat form and sure enough Joachim can't employ his magical abilities in his bat form and has a hard time remembering how to change back sometimes. What Joachim lacks in knowledge of his family's dark rites though he has made up for in fighting style. Joachim has trained in the style of professional wrestling from the Great Gamma, India's first great wrestler, on his tours of Europe promoting the sport. Joachim has aspirations of making his teacher proud by becoming the worlds greatest wrestler.

When not in the ring Joachim plies his talents as an immortal fighter by protecting the innocent and fighting the wicked as his masked alter-ego "The Grand Papillon" and greatly enjoys modeling himself as a comic book super hero. Joachim likes to shamelessly make overblown speeches and grand gestures and is almost child like in his imagination, naivety and need for attention. Joachim is quite stereotypically gay however his homosexual habits are few and far between and mostly his somewhat camp gay persona can largely be tied to part of his genuinely theatrical personality one rivaled only by his sister Hildegard. Joachim's noble yet immature personality not only gives him a soft spot for children but allows him to get along well with children. Joachim's affinity for children usually sees him paired with the youngest hero in Shadow Hearts: Covenant, Anastasia Romanov. Joachim seems to treat Anastasia as his young charge, Anastasia on the other-hand seems to treat Joachim as her personal lackey. 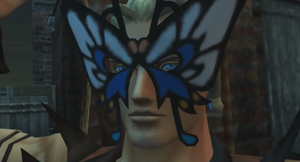 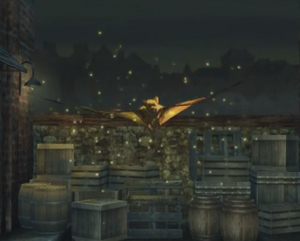 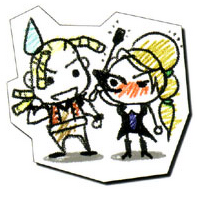 Retrieved from "https://hero.fandom.com/wiki/Joachim_Valentine?oldid=1860670"
Community content is available under CC-BY-SA unless otherwise noted.