Heroes Wiki
Register
Don't have an account?
Sign In
Advertisement
in: Outdated Articles, The King of Fighters Heroes, Male,
and 40 more

Help Terry, his younger brother Andy and friends
Take Lilly away from her brother

Joe Higashi is one of the heroes of the Fatal Fury and The King of Fighters series.

He was voiced by Nobuyuki Hiyama in 1995-2011, Chiharu Sawashiro in The King of Fighters for Girls, and Kōzō Mito in current.

He is absent from KOF XI because a Muay Thai tournament is being held at the same time. Wanting to live their old times together as a team, the trio agree to meet up once more. Before the tournament, Joe is annoyed by both of his teammates being late for their meeting. Knowing Hwa Jai's entry with Kim Kaphwan and upset by Terry's carefree attitude, an intoxicated Joe vents his frustrations against the team leader in a sparring match in Paopao Cafe.

In his team's ending, he humorously gets his congratulation kiss from the same infatuated male fan (now even more effeminate than before, to the point of crossdressing) whose life he saved in his team's 2003 ending.

Joe appears in Super Smash Bros. Ultimate both as a background character on the King of Fighters Stadium stage and one of Terry's DLC spirts, he is a novice primary grab spirit. His spirit battle is a stamina battle on the omega form of the Kongo Falls stage against Incineroar who starts with a ore club with both fighters decreased power jump. 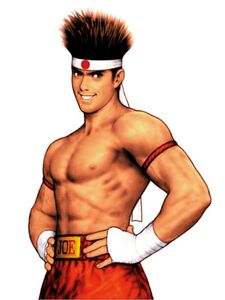 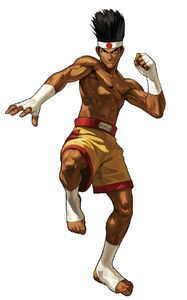