Possessing and bringing back dead creatures to life.

Psychic Spirit
Johann Kraus is a character who appears in the Dark Horse Comics books Hellboy created by Mike Mignola. He is a disembodied ectoplasmic spirit with psychic abilities and inhabits a containment suit without which his form would eventually dissipate and be lost forever.

In the 2008 sequel Hellboy II: The Golden Army, he was voiced by Seth MacFarlane, who also played Peter Griffin, Brian Griffin, Tom Tucker, Stewie Griffin, Dr. Elmer Hartman, Seamus Levine, Carter Pewterschmidt and Glenn Quagmire in Family Guy, Stan Smith and Roger Smith in American Dad!, Ted in the 2012 film of the same name, Albert Stark in A Million Ways to Die in the West and Ed Mercer in The Orville.

Born in Stuttgart, West Germany, in 1946, Johann Kraus became aware of his psychic abilities when he was ten years old. Frustrated with his inability to help the spirits that appeared to him, he sought out spiritualists in attempts to better understand his powers. Disappointed with occultism, Kraus turned to the church, which allowed him to focus on the spirits themselves rather than the occultist's focus on study and academia. In 1971, he opened an office in Munich, where he became a well-respected medium before relocating to Heidelberg.

In early 2002, Kraus was the only survivor of a seance affected by a mystical disaster. His ectoplasmic form survived when his body was incinerated, and knowing he would dissipate without a physical body, he sought out the best paranormal minds on the planet for help: the B.P.R.D. At first, he was sustained inside a transparent tank apparatus developed by the B.P.R.D. for other purposes; eventually the technology was sized down into his distinctive containment suit. Kate Corrigan has said of him that, "He's not dead. He just doesn't have a body anymore."

After the loss of Hellboy, Kraus was hired to replenish the Bureau's pool of "enhanced talents". Kraus soon proved an invaluable member of the team. His psychic abilities are better than ever due to his condition (similar to a musician who has lost his eyesight). Where once he could speak with the dead, now he can give them temporary physical form. Johann is also an accomplished scholar in occult lore and, since he no longer requires sleep, works constantly. It was largely he who researched and organized the mountains of files culled from the sub-basement of the Bureau's new base in the Colorado mountains, resulting in the revelation that Ben Daimio's grandmother had been a Nazi occult war criminal. There was tension between the two for some time after this. Their sometimes difficult relationship was perhaps not helped by the death of Roger the homunculus, who Johann had been closer to than perhaps anyone else, owing at least partly to Daimio's actions.

When the Bureau came into possession of two giant vat-grown bodies awaiting a soul in the aftermath of the Garden of Souls storyline, Johann took possession of one of these. Overcome by giddy euphoria at finally having regained life, at being able to taste and touch once more, Johann let himself be seduced by the pleasures of the flesh. He all but abandoned his work and commitments to the Bureau to indulge his vices. This proved to be the worst possible time for such a lapse, as the halls of the Bureau came under attack by two separate monsters, one of them the were-jaguar form of Captain Ben Daimio. Johann returned in the nick of time, saving the lives of Kate and Abe, but was himself savagely killed.

Condemned to his ectoplasmic half-life once more, Johann began pursuing a private obsession with Ben Daimio, trying to track down his living relatives and hiding the ceremonial dagger that is supposedly the only weapon that can destroy him in his were-jaguar form. In 2009, Johann returned to his beloved Munich for the first time since his 2002 accident during The Warning, only to see it destroyed and its inhabitants killed by a subterranean robot army, a blow from which he has found it hard to recover.

Johann has developed a brotherly relationship with zombie Iosif Nichayko, the director of Russia's "Special Sciences Service" who also lives confined to a containment suit. After a successful mission, Iosif gifted Johann an altered form of his own more advanced containment suit to Johann's delight. By Johann's own admission, his new suit has changed his life as it feels like a body - so much so that he once even fell asleep and dreamed for the first time since his "accident".

Johann dies when he sacrifices himself to destroy the Ogdru Jahad that landed on Earth.

At first Johann could only speak to the dead, but after he lost his body his powers grew stronger, giving him the ability to temporarily give form to the dead, and allow them to communicate with the living, he can also sense souls that have left their bodies, allowing him to detect whether some one is dead or "playing possum."

Johann is a highly intelligent individual when it comes to his area of expertise, and is highly dedicated. But on occasion he will become distracted when sensing something powerful enough he will barely hear people talking to himself and others around him.

The only protection Johann has is his suit, without it he must find a new container for his essence or he will fade away and die. 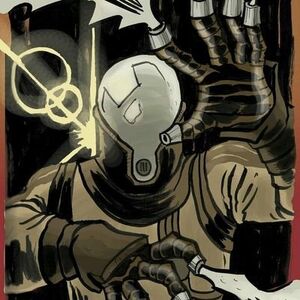 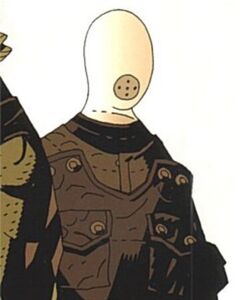 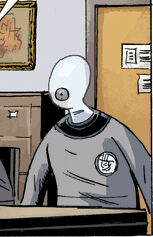 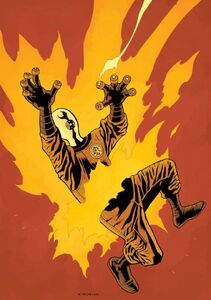 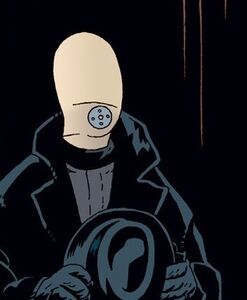 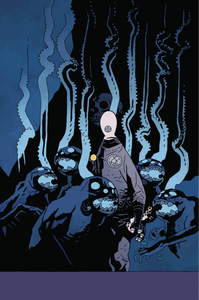 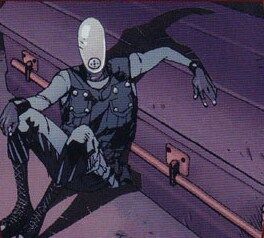 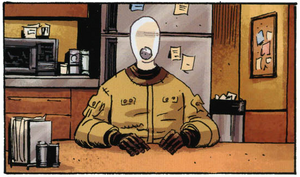 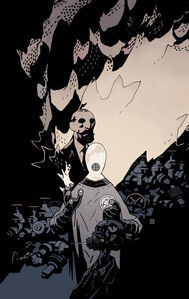 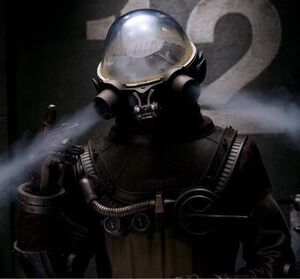 Seth MacFarlane as Johann Kraus in the 2008 film 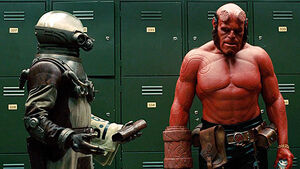 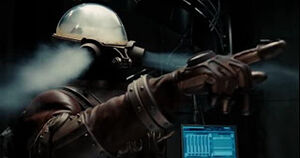 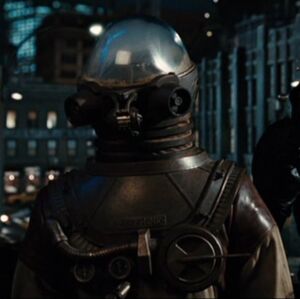 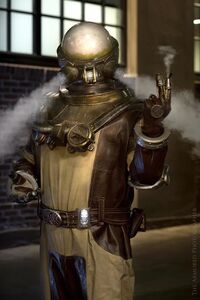 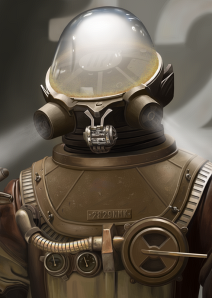