Robin John Blake is the tritagonist in The Dark Knight Rises. Similarly to Bruce Wayne, he was an orphan. He grew up in Gotham City Orphanage idolizing Bruce Wayne and was a diehard Batman fan, and deduced the two were the same person.

He is portrayed by Joseph Gordon-Levitt, who also voiced Jim Hawkins in Treasure Planet.

During the events of The Dark Knight Rises, Blake joined the police force during the time the Gotham City crime wave had decreased; the city had become free of crime and corruption due to the efforts of Batman. He was always skeptical about the true circumstances surrounding Harvey Dent's death, and didn't believe that Batman murdered him. He also deduced the true identity of the Caped Crusader. He expressed this skepticism towards Jim Gordon, who wasn't interested in Batman's real identity.

Blake is later seen rescuing Gordon, whom Bane left for dead. He heads to Wayne Manor, and tells Bruce that he knows that he is Batman, due to his similar background of growing up as an orphan. Blake warns Bruce that Gotham will need Batman again soon due to the emerging threat of Bane, and Bruce visits Gordon in hospital.

After Batman returns and fails to thwart Bane after his attack on the stock exchange, he goes bankrupt due to the fraud committed using his fingerprints. Blake offers to give him a ride when leaving the Wayne Enterprises building, and the two discuss about why he chose to become a vigilante, and he is dropped at Selina Kyle's apartment. Later on, Blake arrests Selina Kyle trying to leave Gotham and interrogates her for information on Bane, questioning the fate of Batman, before she is sent to prison.

While Gordon remains in hospital, Peter Foley temporarily takes the role as Police Commissioner, and dismisses the threat of Bane. In Batman's absence, Blake continues to investigate Bane and discovers he has used John Daggett's construction crew to rig explosives across Gotham. He discovers this while Gordon orders every cop underground to find his lair, and detonates the charges, trapping them in, as well as across the city, including most bridges and a football stadium. His car is also crashed due to the explosions, but survives. Figuring out that Bane's men would go after Gordon, he got access to another vehicle and headed to his hospital quickly, only to find he saved himself from two assassins.

Blake allows Gordon to stay in his apartment, while Bane reads out the speech he stole from Gordon. He is unimpressed by the lies he has told to the city for the past eight years, not fully understanding the reasons for doing it. Bane releases all the prisoners from Blackgate Prison who join his cause. Blake and Gordon are joined by three Special Forces men, who attempt to investigate the nuclear bomb, but are killed due to a spy selling them out, which Blake figures out (and is later revealed to be Talia al Ghul).

Gordon, with the few men he has remaining, investigate the location of the bomb, and Blake witnesses their compromise. They are sentenced to walk on the frozen ice, where they will most certainly die from. Blake attempts to free the trapped police officers, but is captured and rescued by Batman. Gordon is rescued as well, and Batman gives him a signal blocker to prevent its remote detonation. Batman asks Blake to evacuate as many citizens as possible.

During the uprising of Gotham, Blake attempts to cross the last remaining bridge to evacuate a school bus full of kids. However, it is blown up by mainland police on the opposite side, fearing that the bomb will detonate, even though Gordon had already successfully attached the signal blocker to it. When Batman is forced to get the bomb away from Gotham, he resigns from the police force, despite Gordon's pleas for him to stay. In Bruce Wayne's will, he is given access to the Batcave and all of his Batman gear, allowing him to become Gotham's new protector. 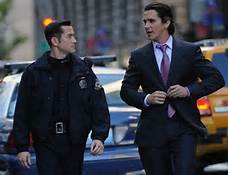 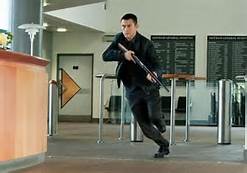 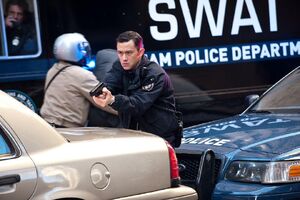 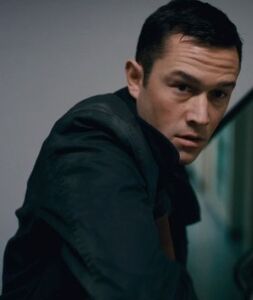 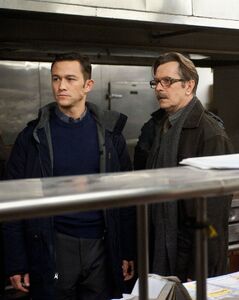