Future Leader of the Resistance

He was portrayed by many various actors, including:

John is mentioned and is the basis of the film (the titular Terminator is attempting to kill Sarah Connor because she will be his mother) but does not make a physical appearance. However, at the end of the film, Sarah is pregnant with John. In 1995, He was a 10-year-old juvenile delinquent living with foster parents while his mom was at a hospital for the mentally insane for trying to blow up Cyberdyne Systems. One day while in an arcade with a friend, the T-1000 and the Terminator T-800 (who looks exactly like the Terminator in the original film but has, in this film, been sent as a protector) fight over John. This starts a chase sequence where the T-800 and John try to lose the T-1000.

Later that night, Sarah breaks out and he and the Terminator (the T-800) go to save her. The three escape. John teaches The Terminator how to be like a human. He teaches him sayings like "Hasta la Vista Baby!". He forms an emotional bond with this Terminator and does not want the Terminator to destroy himself when he does at the end of the film. Also, John Connor is briefly seen as an adult in a flash-forward. In this battle scene, his face is heavily scarred.

Rise of the Machines Timeline

In 2004, John Connor is 19. When the film opens, he reveals in a monologue that he has been living off-the-grid after the events of T2, even as the original Judgment Day deadline of 4:20 on August 29, 1997, came to pass without incident. His mother eventually developed terminal leukemia and died. In the film, John crosses paths with Kate Brewster, a former classmate from when he was living with his foster parents. He is attacked by a T-X Terminator, which was sent from the future to August 24, 2004.

Unlike its predecessors, the T-X's objective was to terminate his future officers as secondary targets because John's location was unknown. When it encounters John it changes its priority to focus entirely on him and Kate. A protector Terminator (850 Series, Model 101) is also sent back in time from the future to protect John, and it explains that Judgment Day had not been avoided as initially thought, but delayed to 2004, also stating that Judgment Day is inevitable. The T-850 also states that it was not sent from the future by John, but by Katherine, his future wife and second-in-command.

The reason for this is because John had actually been killed by that very Terminator on July 4, 2032, as Skynet believed it to be the most suitable for such a mission due to John's emotional attachment to its model number. Although John and Katherine spend a significant portion of the film trying to halt the launching of Skynet, they are misled to believe Skynet's core is in an underground facility, only to find themselves locked and protected in a secure bunker as the first nuclear assault is launched on the United States as a result of Skynet's manipulations. It is via the working radios in this bunker that John begins to organize the resistance.

In 2018, John Connor is now an older, battle-experienced soldier married to Kate Brewster, who serves as a medic and is pregnant with his child. The story features a new character named Marcus Wright, and a younger Kyle Reese, as seen in the original movie. John starts as one of the many foot soldiers who make up the Resistance movement based in California. Despite having extensive prior knowledge of the machines and Skynet's capabilities, John is largely dismissed and considered a nuisance by General Ashdown who runs the guerrilla para-military organization.

He considers Connor a delusional false prophet at best and a dangerous liability to their operations at worst. Nonetheless, there are pockets of people within the Resistance who have come to believe in John's experiences and judgment based on their own first-hand experiences serving with him. Later on, towards the middle of the movie, John learns that Kyle Reese has been placed in a detention center by Skynet and sets out to rescue him, with Marcus Wright leading him to the base. But upon arrival and seeing that the other prisoners are safe, John faces off with a T-800 crafted in the image of the cyborg unit that he and his family have encountered previously. Marcus helps him destroy the T-800, but due to injury, John's heart is too badly damaged and Marcus offers his own to John, who accepts. John's ending statement is that though this battle has been won, the war is far from over.

When John is hurt during his encounter with the T-800 and receives multiple cuts to the face. These cuts mirror the same scars seen on John's face in the opening scene of the second Terminator movie. This opening scene is set in the future and shows John Connor watching an ensuing battle between The Resistance and Skynet. The fourth Terminator installment ultimately tells the story of how John Connor rises from being a mere captain within to being the undisputed leader of The Resistance.

In the year 2029, John Connor leads a final resistance against Skynet. Before he leads an offensive, Skynet deploys a T-800 back into the past to kill his mother. Kyle Reese, now his second in command, volunteers to travel back in time to protect her. While John sends his father back in time, he was attacked by his fellow Resistance member Alex, who turned out to be a T-5000 & turned John into the T-3000, the central antagonist of the film. It is unknown what became of him in the revised timeline. 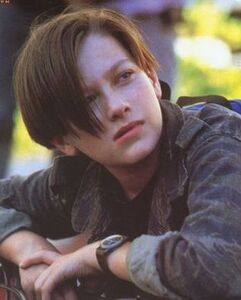 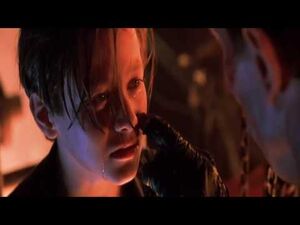 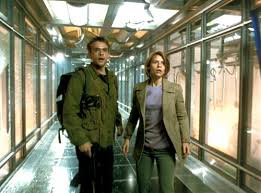 John with Kate in Terminator 3: Rise of the Machines.

John bids Kyle farewell for Kyle's mission, before his mutation. 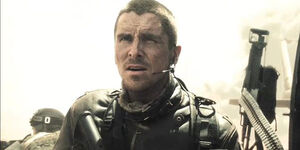 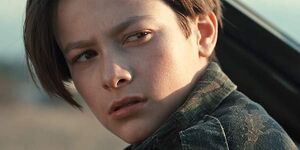 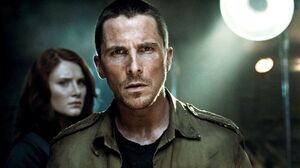 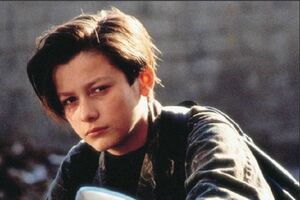 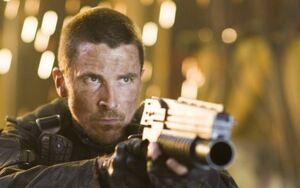 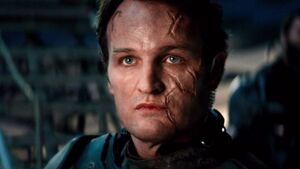 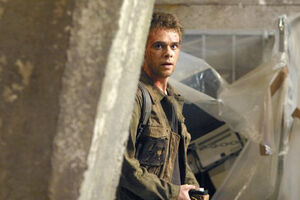 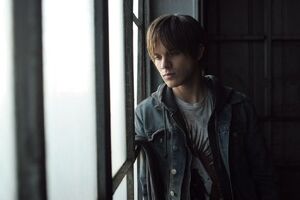