Capturing or killing bounties.
Working at his Ranch.
Being with his Family.
Being with Dutch and the Gang (formerly).

Serve in the Van der Linde gang (formerly).
Rescue his son Jack from the Braithwaite's and Bronte.
Escape from Dutch and the Pinkerton's.
Build a ranch to provide a new life for his family.
Kill Micah Bell to avenge Arthur and the rest of the fallen gang members.
Kill Dutch Van der Linde, Bill Williamson, and Javier Escuella to rescue his family from the government.
Sacrifice himself in order to protect his family from Edgar Ross (all succeeded).

John was raised into Dutch's gang, and would later leave that life after a spiral of events caused the gang to fall apart. He is a former outlaw determined to make amends for his past by tracking down and killing the other members of his gang, to rescue his family who is kidnapped by the government.

He is performed and voiced by Rob Wiethoff.

John was born in 1873 to unnamed parents, with his father being a Scottish immigrant, and his mother being a prostitute who died giving childbirth. In 1881, his father died and John was sent to an orphanage, but eventually ran away. Living on the streets, he killed a man at the age of eleven but stated it wasn't his fault. Eventually, he met Dutch van der Linde at the age of twelve and was taken under his wing. John joined the Van der Linde's gang, alongside Hosea Matthews, Arthur Morgan, and Susan Grimshaw. He was taught how to shoot, hunt, gather, read, and became Dutch's protégé and son-like-figure.

Marston became an outlaw and gunslinger, often committing robberies, raids, murders, and kidnappings alongside Morgan, Bill Williamson, and Javier Escuella across the American frontier. Also, he became to follow Dutch's philosophy on that they fought and stole for a reason, but would later realize that it was an excuse to commit crimes.

In 1894, Abigail Roberts joined the gang as a prostitute, and would eventually fall in love with John. The two would have a son named Jack and would have the gang be honorary uncles and aunts towards their child. Despite this, John would have a hard time connecting with his son, having doubts that if the child was his, and would later leave the gang for a year. Upon returning, he was welcomed back with open arms, except for Arthur, who believed that it was a betrayal to the group. Tensions would rise between John and Arthur through the years, with the two often bickering with each other.

John has a strong dislike of birds and a rather dull imagination, especially when compared to his son Jack. When it comes to how he feels about religion, in-game quotes reveal that he is either an agnostic theist or a Christian who is not too overtly religious. John is also extremely polite to women, often calling Bonnie MacFarlane "Miss MacFarlane", even after she has asked him to call her "Bonnie." He also does anything possible to keep women safe, even pistol-whipping Irish to defend two nuns he was holding up.

In contrast to his politeness to women, John is unafraid to take the moral high-ground when dealing with less than reputable characters, like Irish with his alcoholism and Nigel West Dickens with his swindling of gullible people. John seems to be one of the only men in the game that is loyal to his wife. He also seems to get angrier when someone mentions his wife's past than his own. John is a fairly serious individual with very little patience for the eccentricities of the various people he meets during the story.

He frequently threatens Irish into sobering up to be of some use to him, and he is disturbed/disgusted by Seth's habitual grave robbing. He also tells West Dickens that he won't hesitate to put a bullet in his skull if he steps out of line. However, he is not above employing sarcasm in conversation with certain characters, particularly those he sees as exhibiting hypocrisy, such as Abraham Reyes. Like Arthur Morgan, John is not a racist man and holds disgust to those who are. A rare trait for people in the time. 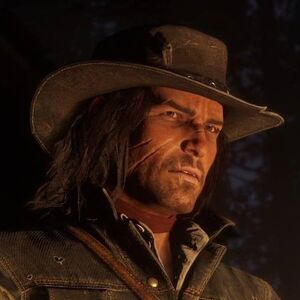 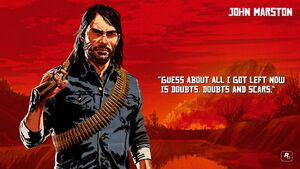 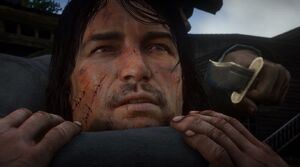 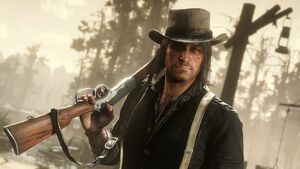 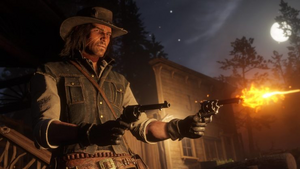 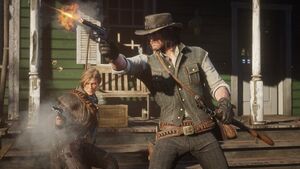 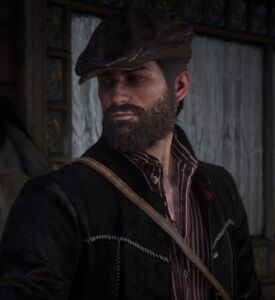 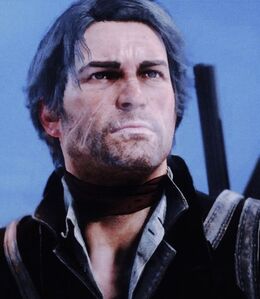 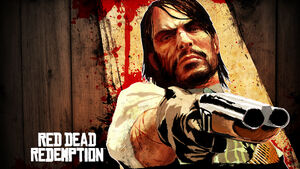 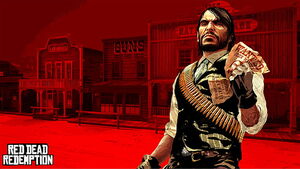 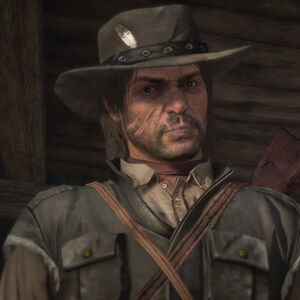 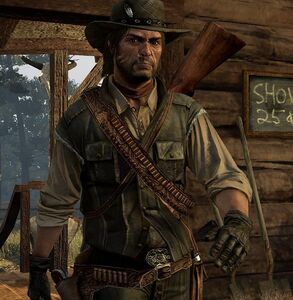 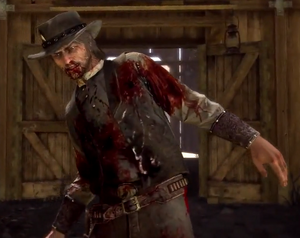