Enchanced strength and aim (due to his cyborg parts)

To get to Treasure Planet for its riches (formerly)
Aid Jim in defeating the Procyon and having all of his past crime as a pirate being pardoned (succeeded).

John Silver, also referred to as the Cyborg by Billy Bones, is the main antagonist of Disney's 2002 feature film Treasure Planet.

John Silver is the film's main antagonist (although it becomes apparent when it is revealed that Scroop is far more cruel than Silver), and something of an Anti-Villain (the villain's version of an Anti-Hero).

Silver is rather greedy, cunning, traitorous, and manipulative, having spent most of his life searching for the treasure of Captain Flint, but he has a caring side, too, and understands that friendship can be more important than treasure.

He dislikes unnecessary acts of violence and cruelty, originally intending to mutiny only after the treasure was in hand and thus, avoiding bloodshed as much as possible, and is generally honest and honorable in his piratical dealings.

Nonetheless, he maintains a constant air of harsh brutality and deceptiveness around his crewmates, understandably necessary to maintain his position as their leader.

Based on Long John Silver from the original novel, he is a cyborg: part machine, part organic. His alien form resembles a cross between some sort of bear and man (and robot), identified as the alien species Ursid, though they never mention this in the movie itself.

He has a cyborg arm, leg, ear and eye from some unknown incident, though he mentions when asked by Jim that "You give up a few things, chasing a dream.", so presumably they were lost in his search for Treasure Planet.

His cyborg arm serves many purposes, such as cooking implements, a sword, a pistol and welding tool, and his cyborg eye has zoom functions and improves his aim, while his mechanical leg appears to contain an addition that he can put on his arm's mechanics to create a low-grade plasma cannon.

Initially, Captain Amelia assigns him as the ship's cook and gives him the task of looking after Jim Hawkins. At first, they don't get along.

Then, Jim suspects Silver of being the cyborg who torched his mother's inn, and Silver doesn't enjoy having to look after Jim, concerned that he may get wind of the plans.

He decides to give Jim so much work that he won't notice any plotting. However, as the journey passes and Silver gets to know how strong-willed and determined Jim is, they form a father-son relationship.

When Jim's confidence is dashed after Mr. Arrow, the first mate, falls into a black hole, Silver realises that it must have been Scroop who did it and tries to comfort Jim, convincing him not to give up.

However, soon after, Silver had to tell his mutinous crew that he saw Jim as nothing more than a "nose-wiping little whelp" to keep them in line and Jim hears this just as they arrive on Treasure Planet itself.

When Jim escaped with the map, he could not bring himself to shoot him. He later apologized and offered Jim a deal on the treasure. His deal appearing genuine, but grew angry when Jim turned him down and threatened to blast him to kingdom come, although he was also shown to not wish to do this.

Later, Silver and the monsters captured Captain Amelia and Dr. Doppler and took the map, and Jim along with it. When Silver finally got the treasure, Treasure Planet began to self-destruct, and Jim almost fell to his death.

Silver had to choose between some of the treasure or saving Jim. He chose Jim which effectively saved his life as between them, they built a solar-surfer and Jim managed to save the entire remaining crew from destruction.

Silver then attempted to escape the consequences of prison for his actions, but Jim caught him. They exchanged a heart-warming goodbye and Silver also gave Jim his pet shape-shifter, Morph, to have Jim remember Silver by.

Just before Silver left, he gave Jim the few gems he had managed to salvage from Treasure Planet, enough for Jim to rebuild the Benbow Inn.

At the very end of the film, Jim looks up to the clouds and remembers John Silver, and the star/cyborg eye twinkles. 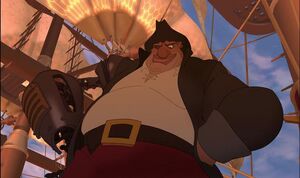 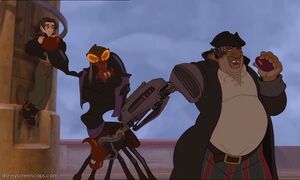 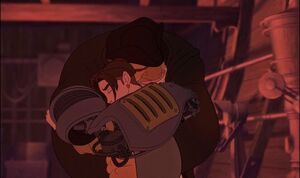 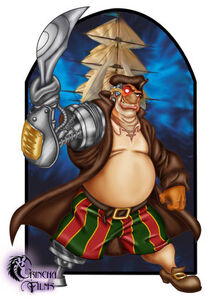 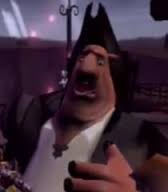 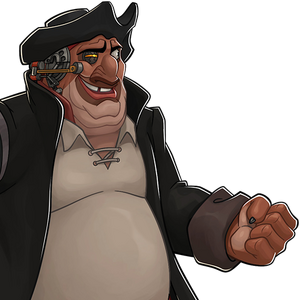