Johnny Gat is the deuteragonist of the Saints Row series. He also appears as a posthumous, but key character in Saints Row: The Third, and one of two protagonists in Saints Row: Gat out of Hell. He is voiced by by Daniel Dae Kim.

Johnny Gat is a key character in the Prologue, Vice Kings arc, and Epilogue, but does not appear in the Rollerz arc or Carnales arc.

Gat was an inhabitant of the Saint's Row District of Stilwater. Realizing that the district was being torn apart by gang wars, he volunteered to join the 3rd Street Saints, a gang aiming to end these wars. Gat was assigned to plot the downfall of the Vice Kings, one of the warring gangs in Stilwater. In doing so, he was aided by the "Playa".

Gat's 'head on' strategies typically involved massive amounts of bloodshed and extensive property damage. After introducing the Playa to Gat's girlfriend Aisha, the three plot a way to strike at the Vice Kings. They loaded up a car full of C4 and took it to the gang's recording studio, blowing it up and leveling the place to the ground. Despite all this, Gat admitted to having an admiration for Benjamin King, the Vice King's leader.

Despite having been crippled after being shot in the leg by Anthony Green, Johnny managed to move on along with the Playa on successfully destroying the Vice Kings. During the "Battlefield Promotion" cutscene, Johnny gives Aisha a bouquet of flowers, reconciling their relationship which had become strained during the takedown of the Vice Kings.

Following the destruction of all three gangs and the assassination of Marshall Winslow, Johnny Gat takes part in the assassination attempt against the Chief of Police Monroe, resulting in the police chief's death. After that, Johnny begins to spend more time with Aisha. However, when the Playa was supposedly assassinated, Gat discovered that Troy was actually a cop, and that Julius and Dex were sellouts.

A couple years after the Playa fell into a coma, Gat attempted to kill Troy for betraying the Saints. However, he failed and was taken to prison, where he stayed for 2 years and 31 days. He was going to be executed for 387 counts of murder and one count of attempted murder, but in his appeal trial, the Playa bursts into the court room, kills the guards, and rescues Gat.

Gat proceeds to help the Playa as second-in-command to resurrect the Saints, finding them a suitable new hideout and canonizing new members into the gang. After the Saints' resurrection, Johnny helps in taking down the Ronin, one of the new gangs that took over. Gat participates in the raid on Poseidon's palace and kills a Ronin who was on the Saints' turf. This proves to be a fatal mistake, as Ronin lieutenant Jyunichi saw Johnny dispose of the body.

When Gat left the house, Jyunichi and a crew of Ronin break in and capture Aisha. Some time later, Gat and the Playa are heading back home and Gat notices something wrong, as the door is ajar. The Ronin prepare to ambush them, but Aisha shouts a warning to Johnny. In turn, Jyunichi decapitates her, infuriating Gat. As a result, Gat gets into a sword fight with Jyunichi while The Protagonist kills the other Ronin in a large shootout.

After disposing of all the Ronin, the Playa accidentally distracts Johnny for a second while attempting to shoot Jyunichi, resulting in Johnny being impaled to the hilt and losing consciousness. the Playa manages to get him to hospital with the help of another Saint since the ambulance was taking too long.

Gat stays in the hospital for a while up until the Ronin invade to finish him off, but the Playa, who is visiting Gat at the time, gets him away safely. After making a full recovery, Gat and the Playa hold a funeral for Aisha, which is interrupted by the Ronin leader Shogo Akuji, who attempts to kill them in revenge for humiliating him and decimating his gang.

Gat and the Playa survive. Blaming Shogo for ordering Aisha's death, Gat brutally beats him before burying him alive. Gat and the Playa proceed on to defend the Saints' hideout from a Ronin invasion, and he later creates a diversion at Mr. Wong's heritage festival, fending off the Ronin while the Playa kills Kazuo Akuji.

Like in the first game, Gat is a key character in the Prologue, yellow-clad rival gang arc, and Epilogue, but does not appear in the other two gang arcs.

While his appearance in Saints Row: The Third is brief, Gat does appear in the beginning of the game, aiding the Saints in a bank heist that would eventually end in the Saints' arrest and their subsequent kidnap at the hands of the Syndicate.

While on board in the Syndicate's cargo plane, Gat, along with Shaundi and the Boss, are presented with an offer by the Syndicate's leader, Phillipe Loren, demanding that the Saints hand over 66% of their revenue to the Syndicate in exchange for their lives.

The Saints instead refuse the offer, with Loren instead ending up wounded by the likes of Gat. Gat manages to hold off the Morningstar while Shaundi and the Boss escape from the plane, only for Gat to end up dead at the hands of Loren, causing the Saints to carry out revenge against the Syndicate.

In reality, Johnny actually survived the attempt on his life and was actually held hostage by Zinyak, leader of the Zin Empire. The Saints would later figure out that he is still alive and would eventually rescue him from his simulation, but at the cost of their safety as rescuing Gat would alert the Zin to their location at all times.

Still, the Saints succeed in doing so and recruit Gat in the fight against Zinyak. He also appears in How the Saints Save Christmas. Gat once again appears in Gat out of Hell, this time as one of two playable characters in the game, the other being Kinzie Kensington. 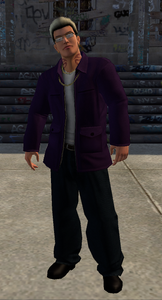 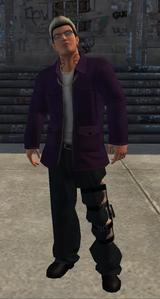 Johnny Gat in Saints Row after "Green With Envy". 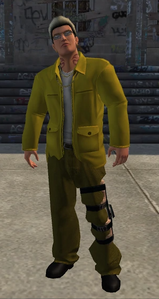 Johnny Gat in Saints Row during "Frame Job".
Add a photo to this gallery 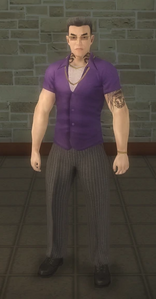 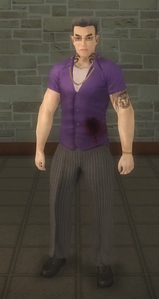 Johnny Gat in Saints Row 2 after being stabbed in "Bleeding Out". 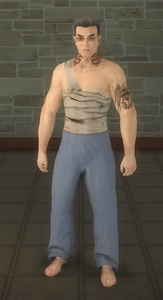 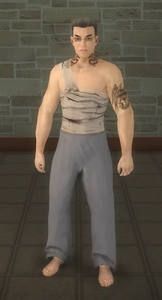 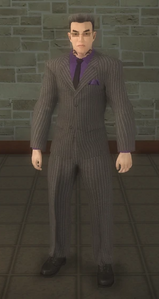 Johnny Gat in Saints Row 2 during "Appointed Defender" and "Rest In Peace".
Add a photo to this gallery 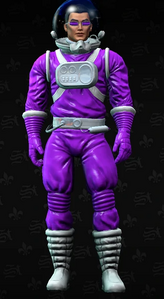 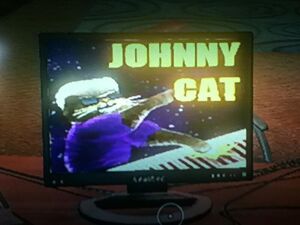 Johnny Cat.
Add a photo to this gallery 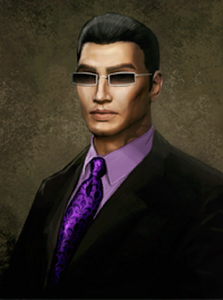 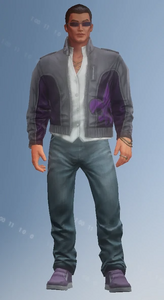 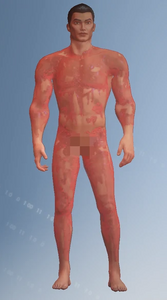 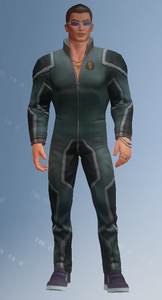 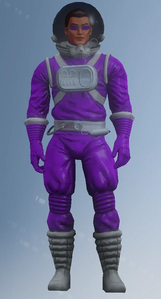 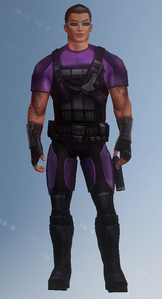 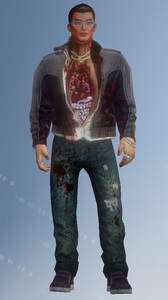 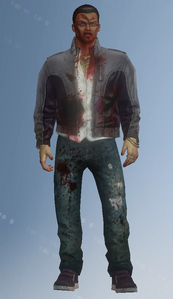 Zombie Gat.
Add a photo to this gallery

Gat out of Hell 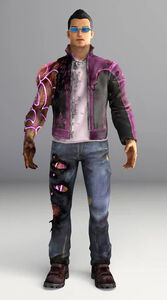 Johnny in Gat out of Hell (front). 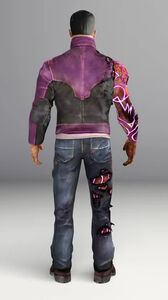 Johnny in Gat out of Hell (back). 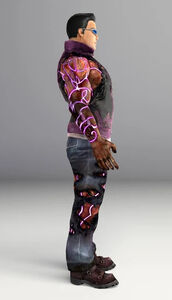 Johnny in Gat out of Hell (side).
Add a photo to this gallery

Retrieved from "https://hero.fandom.com/wiki/Johnny_Gat?oldid=2276553"
Community content is available under CC-BY-SA unless otherwise noted.