Being with MC Members

Cripple the Angels of Death.

Retrieve the drugs from the Angels of Death.
Save Ashley from various criminals.
Kill all 50 seagulls to make Liberty City a quieter place.
Kill Brian Jeremy.
Kill Billy Grey. (all succeeded)

He is the vice president of the biker gang, The Lost MC. He used to be a friend of Niko Bellic, he first meet him at the sale of the apartment in the mission "Buyer's Market". But during the mission "Collector's Item" he betrayed him; but Niko did not kill him. He was also a friend of Jim Fitzgerald, they do work together. But in the final cutscene of the mission "Was It Worth It?" Johnny had an emotional day after he killed all of Ray's goons; Johnny's girlfriend Ashley Butler tells him that Jim is dead. In the final mission "Get Lost". Johnny Klebitz, Terry Thorpe, and Clay Simons. break into a prison and kills all the serurity guard's, then Johnny finally kills Billy Grey. He killed him for attempting to turn against Johnny and the brothers, after all that the 3 escaped from the prison. They discover that their clubhouse was burned down, after that The Lost MC Moves to Brian Jeremy's safehouse. 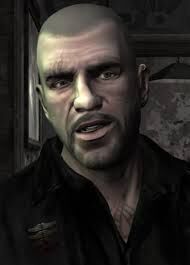