During the Shadow Moses Incident, Johnny was one of the Genome Soldiers that took part in Liquid Snake's revolt. He was the guard assigned to watch the DARPA Chief and Meryl Silverburgh's cells, during Solid Snake's first infiltration of the facility. Upon seeing Meryl for the first time, Johnny immediately fell in love with her. Later, while in the bathroom, Johnny complained to himself about a cold he had caught and how much he hated Alaska, before commenting on how "built" Meryl was. After hearing Meryl banging on her cell door, Johnny opened it and was immediately knocked unconscious and stripped of his clothes, which Meryl intended to use as a disguise. His Codec was also stolen by Meryl, which later ended up broken when Meryl blew her cover.

After acquiring some more clothes, Johnny was later assigned to guard Solid Snake's cell in the medical room, after the latter was captured by Sniper Wolf. He only opened the cell for Snake whenever Revolver Ocelot requested that he be brought to him for further interrogation. While guarding the cell, Johnny periodically complained about his cold, which he was still suffering from despite having taken medicine, and also took frequent bathroom breaks due to his diarrhea. Despite his feelings towards Meryl, he was angered that she had earlier stolen his uniform, referring to her as a "witch." Johnny was later fooled by Snake, when the latter played dead by lying down in a puddle of ketchup, resembling blood. After unlocking the cell to investigate, he was subsequently knocked out again.

After the Big Shell Incident, Johnny somehow returned to the U.S. military, despite his checkered history, and joined Meryl's Rat Patrol Team 01, with his teammates calling him by the nickname Akiba due to his love of Tokyo's world famous Akihabara electronics district. The guns he carried were ID guns under the SOP System that he modified into non-ID guns using rare parts acquired through secret channels in Akihabara. During Rat Patrol's undercover PMC investigation in the Middle East in 2014, Akiba hid within a drum barrel, presumably to scout the current situation of the area for Rat Patrol, but he ended up being hit with a bout of diarrhea, and was forced to blow his cover to release his bowels, drawing a Middle Eastern militia soldier to his location and having to run away with his pants partially up. This also inadvertently saved Solid Snake the trouble of hiding from the same militia soldier. He had a brief run-in with Snake, whom he didn't recognize, and attempted to hold him up at gunpoint. However, he kept the safety on apparently due to negligence. When Snake pointed this out and accused him of being a rookie, Johnny denied this and stated that he was a "ten year vet." However, despite his training, Johnny was ultimately unsure as to whether he did leave it on and tried to check, thus resulting in Snake easily disarming Johnny and then holding him up instead, causing Snake to question how he had even survived for ten years. Johnny accidentally attracted a large battalion of FROGS by the reflection of his binoculars. The Rat Patrol and Snake did battle with the FROGS, and Johnny, in typical Sasaki fashion, lost control of his bowels during the battle. After Liquid Ocelot shut off the SOP system present in all active soldiers (PMCs and Rat Patrol alike), Johnny was the only soldier on the battlefield who was not affected. After Snake collapsed in the middle of the warzone, Johnny was able to locate him and drag him to safety.

Snake reconvened with the Rat Patrol in Eastern Europe on his mission to locate Big Mama, with Johnny excitedly greeting Snake before being knocked down by his comrade, and Snake irritably questioning what is wrong with him. Later, Rat Patrol led an army attempting to stop Liquid from escaping with the stolen body of Big Boss. Liquid shut off the SOP system once again, causing the entire U.S. military to fall to shambles. Johnny saved Meryl from drowning after she was knocked into the river, and for the first time, he removed his balaclava and sunglasses to perform CPR on her. After waking up from her near death experience, Meryl was surprised but relieved, as she shared a passionate kiss with him.

After a mission briefing on the USS Missouri, Johnny, along with Meryl and Snake, were launched by catapults onto Liquid's massive warship, Outer Haven. Johnny missed his mark and fell into the ocean. He somehow managed to board the ship and appeared with a Barrett M82-A2 (which he had gotten from Drebin) and his XM8 Compact, saving Meryl and Snake from a troop of FROGS.

During their massive fire fight with the FROGS, Johnny revealed to Meryl that he had joined the unit to get close to her, because he had been in love with her since the day that he laid eyes on her on Shadow Moses. Eventually, he proposed to Meryl, while in the heat of battle. At first she rejected him, but Johnny persisted by asking her if they just moved in or that it didn't have to be official. After fending off more FROGS, Meryl decided that she wanted to do things "her way" and demanded Johnny to marry her. Johnny was briefly stunned but accepted saying that it would be a pleasure. They eliminated a few more FROGS then shared a kiss and continued with fighting the countless waves of FROGS. Towards the end of the battle, things were looking grim. Both of them suffered countless gunshot wounds. The FROGS were closing in to deal their finishing strike. Luckily, Snake and Otacon had successfully deactivated the remainder SOP just in time, causing the FROGS to seize up and faint. After the mission had succeeded, and the two of them had healed up, Johnny and Meryl married with fellow Rat Patrol members Ed and Jonathan serving as the priest and best man, respectively. 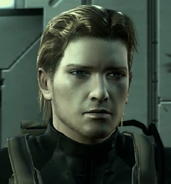 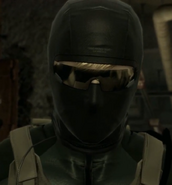 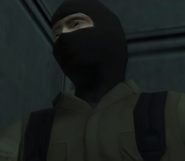 Add a photo to this gallery
Retrieved from "https://hero.fandom.com/wiki/Johnny_Sasaki?oldid=1261574"
Community content is available under CC-BY-SA unless otherwise noted.