Protect the world from Destron and other evil organizations.

Joji Yuki (結城 丈二, Yūki Jōji) is the Secondary Rider from the television series, Kamen Rider V3. He is a former member of the organization known as Destron who becomes Riderman (ライダーマン, Raidāman) to seek vengeance againts Marshall Armor. He is also known as The Avenging Demon or Kamen Rider 4 (仮面ライダー4号, Kamen Raidā Yongō).

Sometime during his youth, Joji Yuki was abandoned and was considering suicide when The Great Leader personally intervened and adopted him. Yuki considered him his savior and willingly swore allegiance to Destron. He served loyally for Destron's cause as top scientist until a jealous Marshal Yoroi framed him for being a traitor of Destron to cover up his failures of defeating Kamen Rider V3 . As a result, he was sentenced to be tortured to death by being dipped into a pool of acid, which resulted in the loss of his right arm.

At first, he only sees Marshall Armor as his enemy and not the Destron Organization itself; furthermore, to prove his innocence to Destron, he seeks out to defeat Kamen Rider V3. However, he learns the truth about Destron and eventually joins Kamen Rider V3's cause. Even after joining V3 his devotion to The Great Leader was so strong he was willing to sacrifice himself to protect him by jumping in the way of V3's Fatal Kick. When asked by Kazami why he did such a thing he revealed his past relationship with the Leader and admitted that he simply couldn't let his savior be killed right in front of him. He pledges himself to V3's mission after this. Near the end of the series, he supposedly died in a Pluton Rocket explosion. Kamen Rider V3 cried out that he is Kamen Rider #4.

In reality, he manages to survive. In the Kamen Rider Spirits manga, it explains how he survived the explosion and landed in Tahiti where he lost his memory, but regained it when fighting a crab kaijin who was really a resurrected Marshal Yoroi.

What Riderman lacked in technological strength of V3, as well as the Riders before him, Rider 1 and 2, he made up for in persistence, smarts, and his wide array of prosthetic weapons to meet his needs. His weapons also were the basis for the "Rider Slash" and "Rider Shooting" finishing attacks. 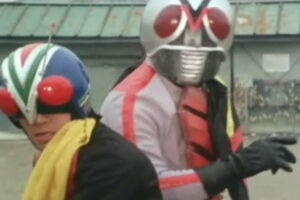 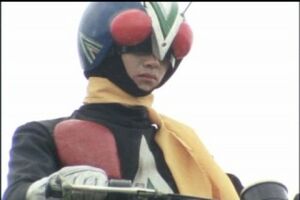 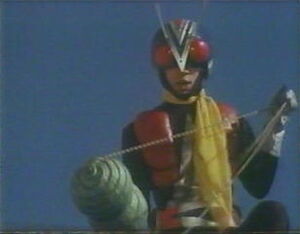 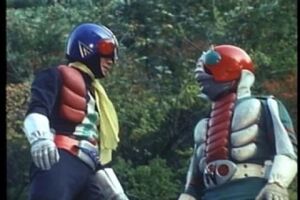 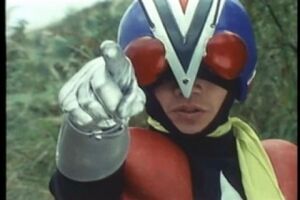 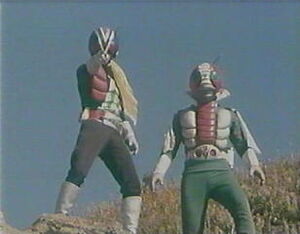 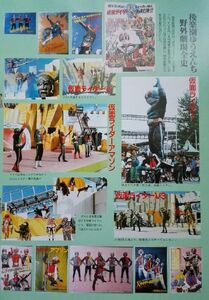 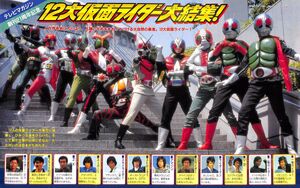 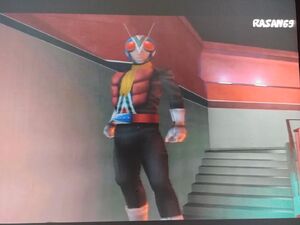 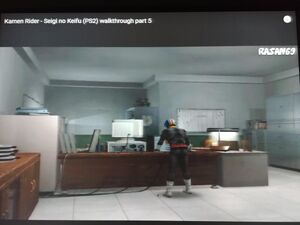 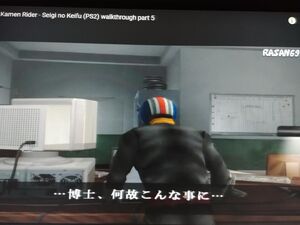 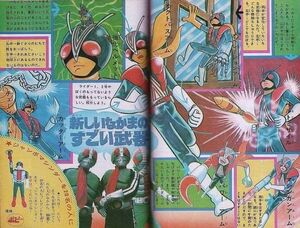 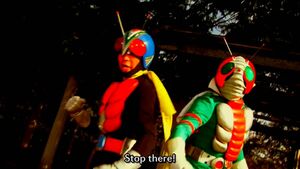