Jonathan "Jonny" Quest is the titular main protagonist of the 1967 Hanna-Barbara cartoon of the same name. He is an 11-year-old American boy who lost his mother at an early age. Though unenthusiastic in his schooling, he is adventurous and generally athletic, with a proficiency in judo, scuba diving, and the handling of firearms. He takes on responsibility willingly, attending to his studies, and treating adults with respect. His voice was provided by actor Tim Matheson.

While Jonny's actual birthday is unknown, it can be estimated to be somewhere between 1953 and 1954 (this is because he is 10-11 in the 1964 series). At an early age he lost his mother, Rachel Quest. To protect him the government assigned him ex-agent Race Bannon to be his bodyguard. As far as we know, Jonny has spent his entire life traveling the world with his father.

Luck - The user is gifted with an automatic and continuous supply of good luck, most have no control over this power as things considered "lucky" randomly and unexpectedly happens to them despite any predestined fate or logical reason. Ergo, nothing bad will happen or if it does, their power will sort it out no matter how impossible the situation is or how high the odds are against them, allowing the user to always be in complete context in whatever situation they are, be free to do as they please without consequences, and be untouched and ineffective to the laws of causality.

Human Peak Condition - The user's bodily functions are pushed to the pinnacle of human conditioning; therefore, the user's strength, speed, stamina, senses, agility, reflexes, accuracy, longevity, durability, intelligence, healing time, flexibility and combat skills are near enhanced/superhuman. Peak-humans are superior to normal members of their species, as well as Olympic-level athletes. They are strong enough to punch an individual through a wooden or thin-metal door; able to break thin steel bars with their bare hands; fast enough to catch-up or outrun moving vehicles; able to exert themselves to peak capacity for hours; producing top-endurance and lung capacity; agile enough to climb the tallest of buildings, leap to high feats into the air and distant miles; reflexive enough to quickly dodge multiple gunfire, incoming attacks, and fast motions, accurate enough to achieve multiple small and further distant targets, capable of living longer than the average-person, durable enough to withstand normal and enhanced physical/projectile attacks, intelligent enough to understand complex problems better than average humans, they can heal themselves in very short-periods of time, flexible enough to coordinate their limbs perfectly and their combat skills are advanced enough to defeat large groups of enemies. 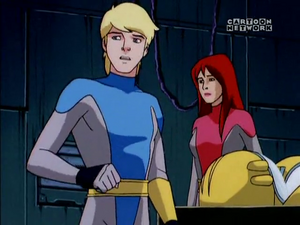 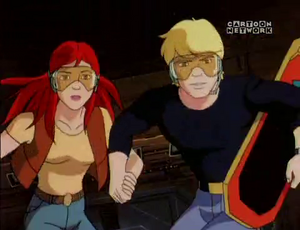