Attempting to find ways to save his planet

Jor-El is a fictional character in DC Comics and its universe, and is the father of Superman, wife of Lara-El, older brother of Zor-El, uncle of Supergirl and a protagonist in the Superman series.

He was created by the late Jerry Siegel, and the late Joe Shuster, and first appeared in the Superman comic strips.

He was a renowned scientist from the planet Krypton. Jor-El was the one who first discovered that Krypton's days were numbered and wanted to preserve the planet's populace. Though he failed to convince the council that Krypton will be destroyed, either by supernova or the planet's core exploding, he managed to send his son Kal-El to Earth, preserving the best of Krypton in doing so.

Although he is now dead, a semblance of his personality lives on as a computer program within Superman's Fortress of Solitude. He appears when called for, and gives his son advice. Additionally, he sometimes attempts to ensure that his son fulfills his Kryptonian destiny. However, Jor-El is a true hero, and a great scientist; well ahead of his time on Krypton. He truly cares for his family and even for the inhabitants of Earth.

Jor-El was a wise scientist and member of Krypton's ruling council, being the descendant of the House of El's Jan, Van, and Ran-El. Convinced of their planet's impending doom, Jor-El devised a plan to save his people on a fleet of spaceships, but the council scoffed at his warnings and denied him funding. Jor-El also invented the projector for the Phantom Zone, as he believed it was a better way to send criminals, but he did not know what the zone really was.

Jor-El explored the galaxy in search for a suitable planet, sending out dozens of probes, with one going to Earth. The probe was found by Thomas Wayne, who was driving with his pregnant wife Martha. Upon touching the probe, he was sent to Jor-El, and the two discussed Earth. Thomas stated that humans were flawed, but had good in them, and could raise Jor-El's son, gaining the Kryptonian's respect.

Jor-El was forced to take Zod and his followers into the Phantom Zone, with the latter promising that he will return and take over Krypton. Zod believed that Jor-El could save the planet, and vowed that he, and his heirs will bow before him. Seeing the impending doom of Krypton, he was left with his prototype rocket, he and his wife Lara made the fateful decision to save their only child, Kal-El, from Krypton's destruction. Jor-El and Lara perished with the rest of Krypton.

Jor-El was a very intelligent person, making plans to ensure his son's safety, as he built a rocket to blast Kal-El into Earth. 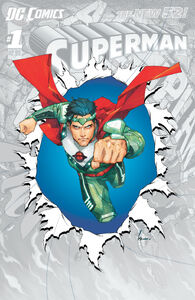 Superman in the DC Rebirth/New 52. 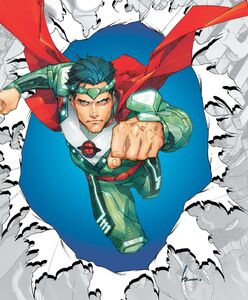 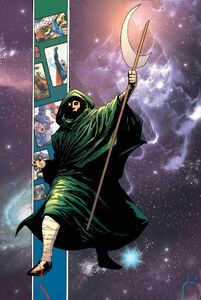 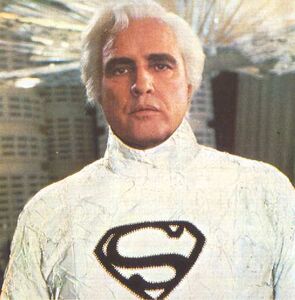 The late Marlon Brando as Jor-El in Superman: The Movie. 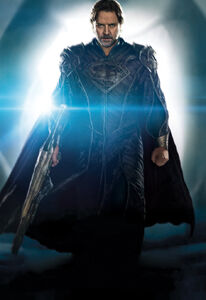 Russell Crowe as Jor-El in Man of Steel. 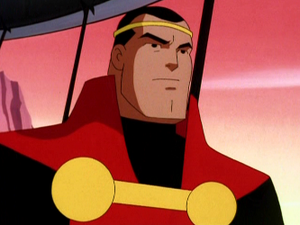 Jor-El in Superman: The Animated Series.