Hanging out with classmates

Having fun
Cheering people up
Going to the mall

Jubilee (born Jubilation Lee) is a mutant with the ability to project pyrotechnic energy plasmoids. They are often mistaken for fireworks.

Jubilee is portrayed by Lana Condor, who also portrays Lara Jean Covey in To All the Boys I've Loved Before and To All the Boys: P.S. I Still Love You and Koyomi in Alita: Battle Angel.

Jubilee was in one of Charles Xavier's classes when Wolverine first found his way through the mansion to meet Xavier. Later, she and the fellow students Shadowcat, Pyro, Iceman, and Mirage meet a new girl named Rogue while taking one of Storm's lessons.She then has a brief conversation with Rogue and Shadowcat in regards to Wolverine's mutation.

At the field trip to the museum, Jubilee ditches one of storms lectures and happens upon a exhibit on mutation, it causes her power to activate as sparks run down her fingers. Jubilee was one of the students kidnapped by William Stryker but was rescued by the X-Men. Jubilee blasts one of the HYDRA soldiers through a wall in the mansion as he tries to kidnap her. She is immediately tranquilized by several other operatives, leading to her capture. A power dampening drug was used on the students to ensure that they couldn't use their powers to try to escape Stryker's base. Jubilee and the other captured students are teleported to safety by Nightcrawler. Jubilee is disgusted when Artie Maddicks vomits from the motion sickness caused by teleporting. Later, she attends one of Xavier's classes and compassionately asks if everything is alright.

In 2006, Jubilee attended another one of Xavier's classes and was also later present at his funeral.

Jubilee was one of the survivors and members of Professor X's new X-Men alongside Bishop, Sunsport, Blink, Warpath, Iceman, and Shadowcat, but at one unknown point, she was killed in battle with the sentinels, one of the many killed in that dark future.

Jubilee is one of Professor X's classes, they are having a discussion about "The Once and Future King", Jubilee is eager to give her answer to Xavier's question but they are interrupted by Alex Summers, who has brought his brother Scott Summers at the school. Jubilee informed Hank McCoy that Raven Darkholme, was at the door wanting to see him. Upon their arrival, Jubilee is quick to welcome and make friends with Cyclops and Nightcrawler upon their arrival at the institute, despite other students being afraid of their powers or attitudes. She takes Kurt on a tour of the mansion, they talk about their homes and Jubilee says she's from Beverly Hills, Kurt misunderstands and believes she was born in the mountains.

When Cyclops steals one of Xavier's cars to play hooky, Jubilee, Jean Grey, and Nightcrawler tag along to spend the day at the mall together. The four teens stop by the record store, get slush puppies, and plan to see the film "Return of the Jedi". As Jubilee is reading movie showings in the paper, Kurt experiences his first brain freeze. At the arcade, when Scott runs out of quarters, Jubilee puts a hand to the machine and colorful sparks fly out and the arcade machine starts up, allowing him to play for free. The four teens watch a breakdancing performance in the halls and eventually Kurt joins in. After seeing the movie, Jubilee and Scott have a debate about what the best Star Wars movie is, with Jubilee preferring "Empire Strikes Back" and Scott preferring the original. Jean, however, says that Return of the Jedi is definitely the worst. When the four friends get back to the mansion, they are horrified to see that the Xavier Institute had been destroyed. Not too long after, William Stryker arrives with his men and knocks all of the mutants out with a sonic device. Beast, Mystique, Moira MacTaggert, and Peter Maximoff are taken, and Scott, Jean, and Kirt secretly tag along, with the rest of the students left on the school lawn.

The left children awake and first notice the missile trails in the sky, from Apocalypse's earlier attack. Being a senior member of the school, Jubilee tries to keep the remaining mutants calm and safe. After Apocalypse is defeated, Magneto and Jean repair the X-Mansion, with Jubilee present to witness the event. She and Kurt are alarmed by Cyclops accidentally testing his new visor on the school lawn. 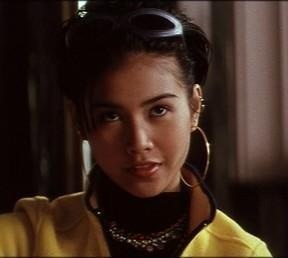 Jubilee in the Original Timeline 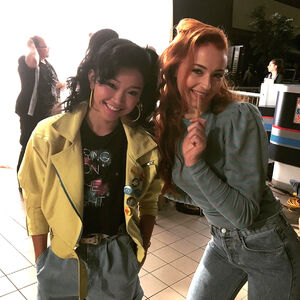 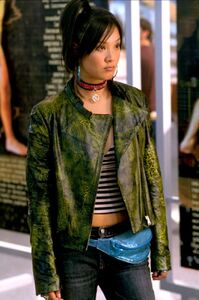 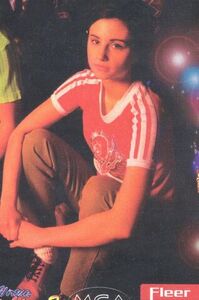 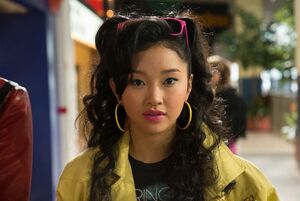 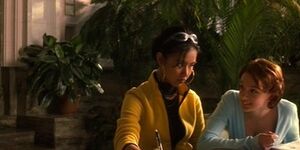 Jubilee on the X-Men Movies Wiki