To finish the cursed board game of Jumanji (succeeded).

Judy Shepherd is one of the two tritagonists of the 1995 fantasy film, Jumanji, the other being her brother, Peter Shepherd.

She is played by Kirsten Dunst, who later played Christy Fimple in Small Soldiers, and Mary Jane Watson from the Raimi Spider-Man trilogy..

Judy was first seen with her younger brother, Peter while moving into Alan's empty house with their Aunt Nora following the loss of her parents. She and Peter discover "Jumanji" in the attic and decides to play it.

She and Peter see Mosquitoes in the attic and Monkeys in the kitchen. She meets Alan Parrish after she and Peter release Alan and a lion out of the game. She and Peter allowed Sarah Whittle to continue playing the game as vines appear, including, Van Pelt. She, Peter and Sarah battled Van Pelt before Alan arrives after Peter transforms into a monkey while trying to cheat while Alan is being taken away by a police officer (his old friend from his dad's shoe factory). She was attacked by a poisonous barb and Peter saves her but tragically she passes away in Peter’s arms as her fate is sealed by the dice’s winning roll.

By the end of the film, she is seen fully resurrected from her death with her parents and Peter meeting Alan and Sarah for the first time. Alan and Sarah convince Judy and Peter's parents to cancel their skiing holiday in Canada and start their work for the shoe factory, thus preventing their deaths in the previous timeline as well as Judy’s. 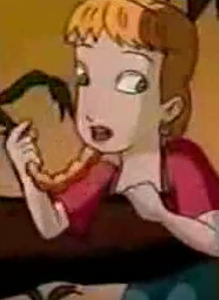 Judy in the animated series
Add a photo to this gallery

Retrieved from "https://hero.fandom.com/wiki/Judy_Shepherd?oldid=1676467"
Community content is available under CC-BY-SA unless otherwise noted.