Protect herself and her friends.

Be accepted by her peers.
Defeat evil (all succeeded).

The Bride
The Ferryman
The Black Shuck
Samurai

Judith "Judy" Warren is one of the main protagonists of The Conjuring horror film series, appearing as the main protagonist of the 2019 film Annabelle Comes Home. She is the daughter of Ed and Lorraine Warren, and inherited her mother's psychic abilities.

Judy was born to Ed and Lorraine Warren. They loved her dearly, and Judy adored them back. She was raised in a Christian household and developed a strong sense of faith from an early age, though she was instructed never to go into the occult museum where her parents imprisoned supernatural artifacts.

In 1971, Judy got a pair of necklace lockets for her and her mother, with hers having a picture of her parents and Lorraine's having a picture of Judy in it. During the infamous investigation into the Perron home, Lorraine lost the locket while fleeing from the malevolent ghost Bathsheba Sherman. Now knowing of Judy's existence, Bathsheba traveled to the Warren house to attack her, freeing the demonically possessed doll Annabelle. However, Lorraine had a vision of Judy, and she and Ed managed to get home just in time to save Judy from being struck by a flying chair. Ed and Lorraine returned to the Perron house, where they defeated Bathsheba.

Not long after, Judy began to notice that she was beginning to show signs of psychic abilities, similar to those of her mother, and began seeing a ghostly priest wandering around her school. Her reserved nature and word of her parents' occupations caused her to be bullied in school, though her friend/babysitter Mary Ellen stood up for her. One day, Ed and Lorraine had to travel out of town just before Judy's birthday, leaving Judy under Mary Ellen and her friend Daniela Rios' care.

Judy was given a pair of roller blades as a gift and went out with Mary Ellen to try them. While they were gone, Daniela snuck into the occult museum and touched several items, as well as let Annabelle out of her case. Afterwards, the girls began to experience strage supernatural happenings in the house, including Judy being attacked by a ghostly bride. They investigate the Warrens' case files, though Judy suggests they leave the disturbing reports alone.

That night, all three girls were attacked by the ghostly and demonic spirits, and Judy must help her friends survive the night. During the chaos, Judy sees the ghostly priest from her school lead her to safety. Judy and Mary Ellen realize they must find and lock the doll back up to stop the spirits, and manage to get past The Ferryman and obtain the doll. Daniela is possessed by the bride, but Judy saves her by playing a video of her father performing an exorcsim.

Judy tries to get Annabelle back to her case, but is attacked by the demon, who begins to steal her soul. Judy fights back with a crucifix and manages to get the doll back in the case, but is unable to close it as the Bride, Ferryman, Samurai, and Annabelle demon close in. Suddenly, a freed Daniela rushes in and helps close the case, sealing away the demon and cutting the power from the other monsters. After Ed and Lorraine return, all is set right. Mary Ellen and Daniela bring people to her birthday party, and Judy feels accepted.

Many years later in 1977, Judy has grown into a teenager. She designs bead jewelry with her mother, but then hears a noise and goes to investigate. She is frozen in fear when she and Lorraine see the demon nun Valak standing at the end of the hall. Lorraine pursues it and is attacked, only to realize that the attack was a dream. Judy wakes her mother up, saving her from the nightmare.

In 1981, Ed suffers a heart attack as a result of a demonic attack. Judy visits him in the hospital until he is cleared to return home. 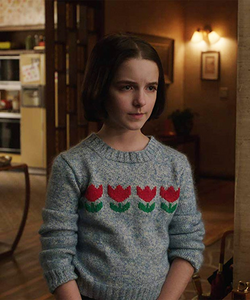 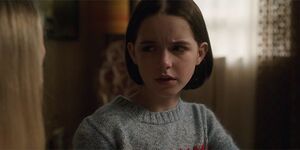 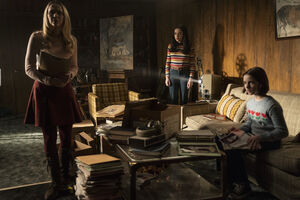 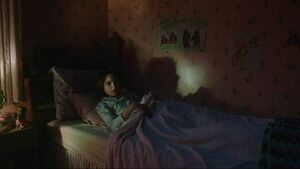 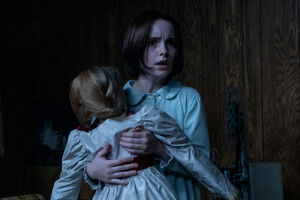 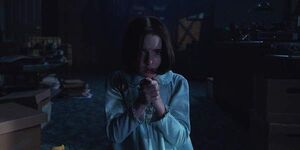