Sir Julius Juukulius
The Finest of Knights
The Spirit Knight

Member of the House of Juukulius.

Honing his skills as a knight.

Make Anastasia Hoshin the next ruler of Lugunica (ongoing).

Julius Juukulius, also known as the Spirit Knight and the Finest of Knights, is a major character in the 2014 Japanese dark fantasy light novel series Re:Zero − Starting Life in Another World, as well as its anime television series and manga adaptations of the same name. Outside of the main series, he acted as a major supporting character in The Dream of the Lion King and as the main protagonist of The Great Journeys, the first and fourth volumes of the spin-off light novel series Re:Zero − Starting Life in Another World Ex respectively. He also appears in various tie-in video games, side stories, and short stories. Outside of Re:Zero, Julius is a minor character in Isekai Quartet, a 2019 comedy crossover anime television series that featured characters from several properties of the "Isekai" genre.

Julius Juukulius was a knight serving in the Royal Guard of the Kingdom of Lugunica. His chivalrous and prideful spirit was the very embodiment of a knight, earning him the moniker "The Finest of Knights." He was also a capable practitioner of Spirit Arts, a form of magic that revolved around using the energy of spirits the user had contracted with. Juukulius was contracted with six quasi-spirits which each represented one of the six magical elements, allowing him to use a variety of different magic types, some of which he invented himself.

Eventually, he came to serve Anastasia Hoshin, a greedy businesswoman from the city-state Kararagi, a heavily-capitalist country located to the west of Lugunica. Hoshin was one of the five candidates selected by the Holy Dragon Volcanica to fight for the right to become the forty-second ruler of Lugunica. Julius, as her ever loyal personal knight, whole-heartedly supported his mistress's bid for the throne.

In all media, Julius is voiced by Takuya Eguchi in Japanese and by Chris Niosi in English dubbing. However, Noisi was ultimately replaced by Alejandro Saab in 2020. Eguchi's other heroic roles include Kyouya Mitsurugi in KonoSuba: God's Blessing on this Wonderful World!, Hachiman Hikigaya in My Teen Romantic Comedy SNAFU, and Sohnosuke Izayoi in Danganronpa 3: The End of Hope's Peak High School. Niosi's other heroic roles include Karna in the Fate franchise, male Byleth in Fire Emblem, Colress in Pokémon Generations, Dezel in Tales of Zestiria, Haruo Sakaki in the Godzilla anime movie trilogy, and Choromatsu Matsuno in Mr. Osomatsu. Saab's other heroic rules include Tatsuya Shiba in The Irregular at Magic High School, Scorpio Milo in Knights of the Zodiac: Saint Seiya, Popuko in Pop Team Epic, and Hawkeye in Trials of Mana. 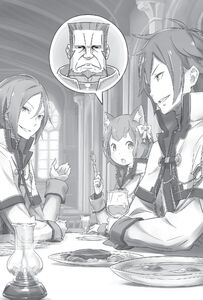 Julius and Reinhard van Astrea introducing themselves to the demi-human Ferris. 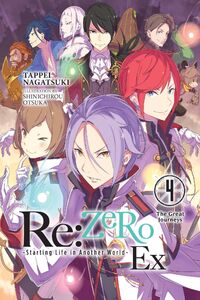 Julius on the cover of the fourth volume of the Re:Zero − Starting Life in Another World Ex spin-off series. 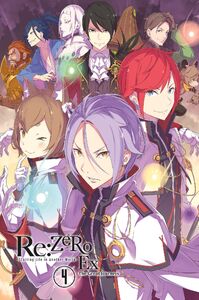 Julius on the textless cover of the fourth volume of the Re:Zero − Starting Life in Another World Ex series. 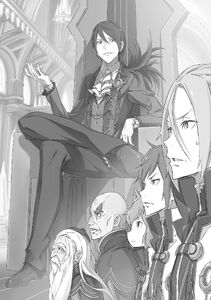 Julius and the rest of the Lugunican delegation meet Emperor Vincent Volakia of the Volakian Empire. 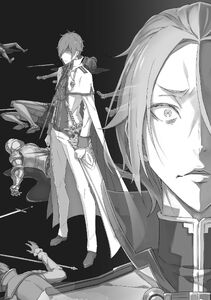 Julius shocked to find Reinhard surrounded by a troupe of dead Volakian soldiers. 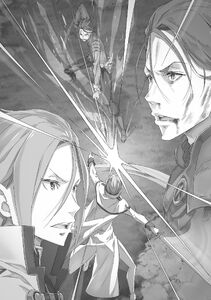 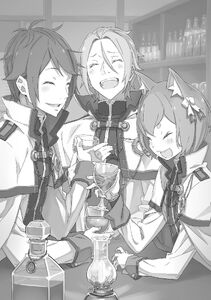 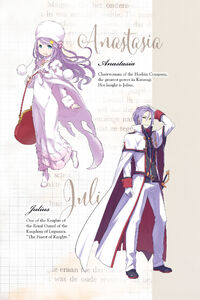 Character summaries of Julius and Anastasia Hoshin in the fourth volume of the main light novel series. 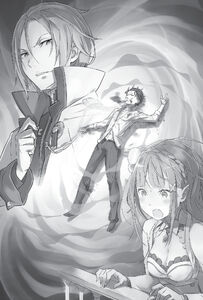 Julius brutally beat Subaru Natsuki in a duel to protect him from his fellow knights. 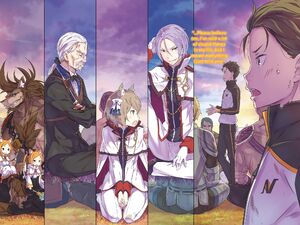 Juukulius attending a makeshift strategy meeting regarding how to deal with the Witch Cult. 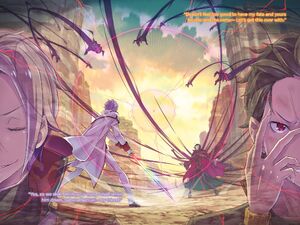 Julius and Subaru Natsuki facing the Sin Archbishop of Sloth Petelgeuse Romanée-Conti together. 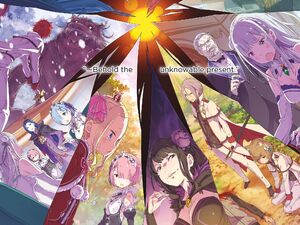 Julius and Ferris mourning Subaru's death in an alternate timeline viewed by Natsuki. 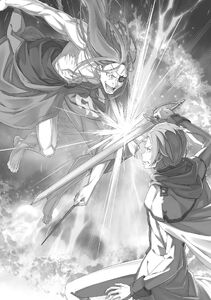 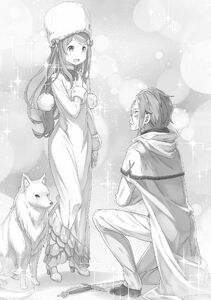 Even though Anastasia had now forgotten Julius, the pair once again forged a bond of master and servant. 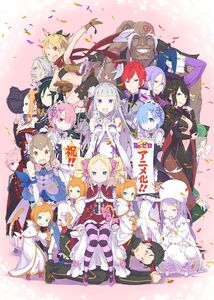 Julius and many other characters on the announcement illustration for the first season of the anime adaptation. 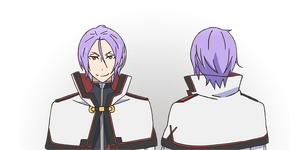 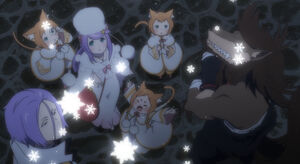 Juukulius and the Anastasia Camp mesmerized by an unnatural snowfall falling upon the capital.

Julius's contracted spirits imbuing his sword with their blinding power. 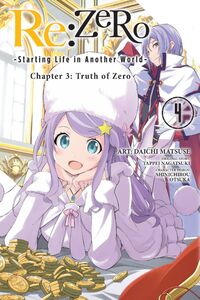 Juukulius on the cover of the fourth volume of the third story arc's manga adaptation. 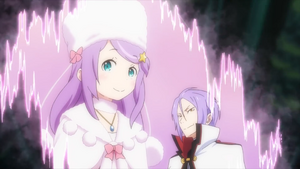 Julius & Hoshin in Reloaded, the opening for Re:Zero − Starting Life in Another World: Lost in Memories. 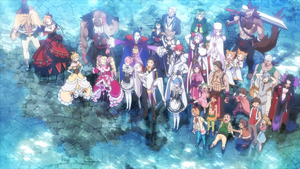 Julius and the rest of the cast of the anime's first season at the end of Reloaded.