The Chosen One
Unknown (TTT2)

Psychic
Jun Kazama is a character introduced in Tekken 2. She is the mother of Jin Kazama and the former lover of Kazuya Mishima. Storywise, Jun only appears in flashbacks in the subsequent chapters (with a possible spirit-like appearance in Tekken 4), serving as the overarching protagonist of Jin’s story.

Jun is a playable character in the two non-canonical Tekken Tag Tournament games and she also serves as the final boss in her alter-ego form (simply called "Unknown").

Jun is an officer of the WWWC, a wildlife protection organization. She is highly spiritual and can sense a mysterious power surrounding Kazuya. Besides her duty to arrest Kazuya, who smuggles protected animals, she wants to free Kazuya of his evil power during the tournament.

She has taught and trained Jin her Kazama self-defense Kazama classic fighting style. 15 years later, Jun sensed the approaching of great evil and told Jin that if anything should happen to her, that he should seek out his grandfather, Heihachi Mishima.

Jun's words proved to be prophetic, and some time after Jin's 15th birthday, Ogre did indeed attack. Jun screamed for Jin to run away, but Jin wished to protect his beloved mother and prepared to fight Ogre in order to save Jun. Ogre was too much of a match for Jin and knocked him unconscious.

What happened next is unknown, but by the time Jin woke up, the Kazama house was burnt to the ground and Jun was missing. Jin desperately searched for her, but she was nowhere to be found or seen, her current status is unknown. Jin assumed that Jun was dead and swore revenge on Ogre. 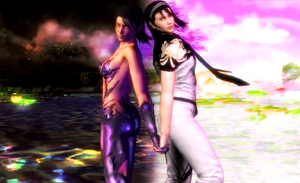 Jun and Unknown together 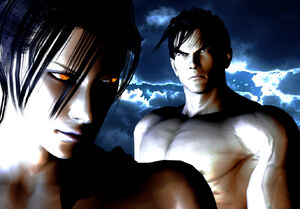 Unknown and her son Jin, Approach each other for the first time in her transformation 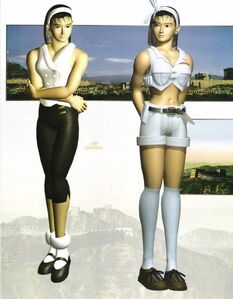 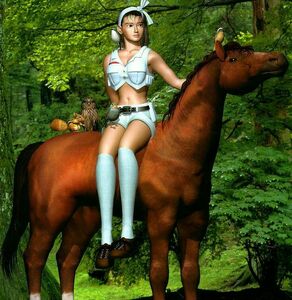 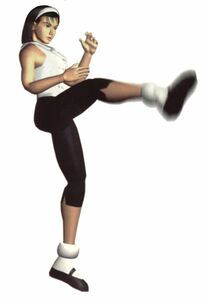 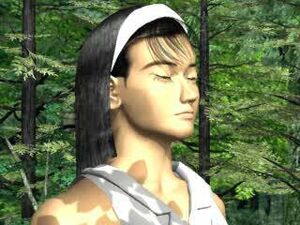 Jun in a forest. 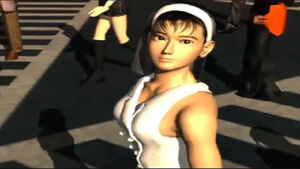 Jun in the Tekken 2 intro. 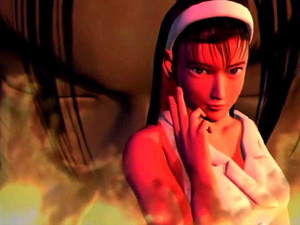 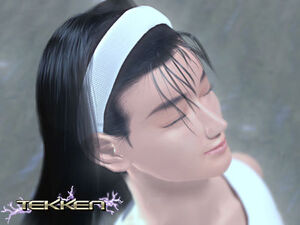 Jun in the intro. 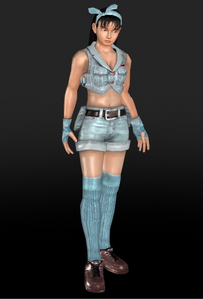 Jun in her primary outfit.

Jun in her white dress. 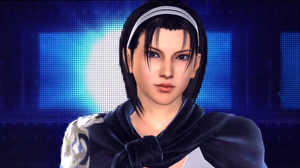 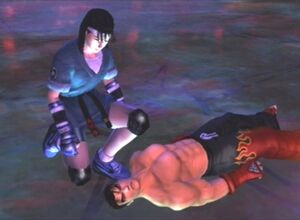