Aid Galen on his missions
Fight against the Empire

Juno Eclipse is a former Imperial pilot and the love interest of Galen Marek. She was assigned to Darth Vader's apprentice, and became a pilot of the Rogue Shadow, which was piloted by seven previous others before their deaths; either perishing in Starkiller's missions or dying at the hands of Vader.

She would continue to serve as an Imperial pilot until Darth Vader branded her a traitor for her association with Starkiller after the Dark Lord left him for dead, and she was imprisoned on the Emperical. Six months later, she was rescued by Starkiller, whose apparent death was faked by Vader in order to continue their assassination plot against Darth Sidious. Juno renounced her allegience to the Galactic Empire and joined the apprentice on his mission to create the Rebel Alliance. However, she was unaware that Starkiller was still loyal to his master, nor did she realize that the Rebellion's purpose was to distract the Emperor in order to create a new opportunity to kill him.

While on their adventures, Starkiller and Juno gradually developed a rapport that eventually turned to love. When Vader betrayed the apprentice for the second time, Starkiller denounced the Sith and embraced his Jedi heritage, thus taking his birth name: Galen Marek. The two of them headed for the Death Star, where the recently-captured founders of the Rebellion were being held captive by Vader and the Emperor. Before Galen could begin his rescue mission, he assured Juno that they might not see each other again, and she kissed him.

After Galen defeated Darth Vader, he attacked the Emperor in a move to provide Rahm Kota and the senators with enough time to escape the Death Star on board the Rogue Shadow. His plan succeeded, but ultimately cost Marek his life when he sacrificed himself. Juno was heartbroken to learn of his sacrifice as she flew off with the senators.

Shortly before the Rebel Alliance could be formalized, Juno Eclipse traveled with Bail Organa to recover PROXY on Corellia, who had been damaged in a fight with Darth Vader prior to Galen's redemption. Afterwards, they went to Kashyyyk, where Bail and the other senators honor Galen's memory by announcing the birth of the Alliance to Restore the Republic and adopting the Marek family crest as the rebellion's symbol. At that moment, Juno swore to never forget Galen Marek or the example he had set for her and all others who chose to fight against Palpatine and his Empire. 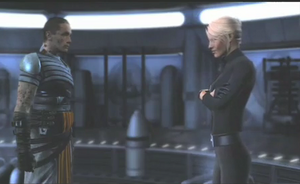 Juno confronts Galen on still being loyal to Vader. 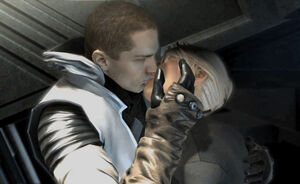 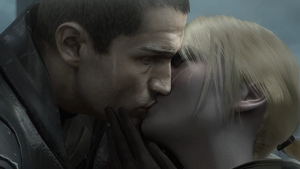 Retrieved from "https://hero.fandom.com/wiki/Juno_Eclipse?oldid=1710002"
Community content is available under CC-BY-SA unless otherwise noted.