He is voiced by Kōsuke Toriumi in the Japanese version and Vic Mignogna in the English version, the former of whom also voices Saiji Tatemiya.

Junpei has dark hair, grayish eyes, and a goatee. He is shown to be taller than the male and female Protagonist and slightly shorter than Akihiko. He is seen with both of his hands on his belt sometimes, except while wielding a two-handed sword.

While at school and in Tartarus, he is in the school uniform of Gekkoukan High, along with a purple collared shirt, with a baseball cap and a silver necklace. On weekends off, he wears a black leather jacket with a white shirt, black pants, his hat and necklace. On summer days off, he wears a faded black tank top and navy blue jeans. He never seems to be without with his hat except in two anime scenes (Group Picture and Resolve), or his necklace, which is not worn while in Yakushima for summer vacation, Kyoto while on free time, or in the hot springs.

In Persona 4: The Ultimax Ultra Suplex Hold, he is now 19 years old. His hair is now slightly grown out, and wears his hat backwards. He reappears wearing a aqua baseball player uniform with a black tank top and white gloves.

Junpei is usually portrayed as goofy, perverted, immature and upbeat. He fancies himself a ladies' man and frequently tries to hit on girls, with little to no success. Despite this, he is capable of being kind and caring, and he often cracks jokes and calls people "dude" to make them feel better. After school, he is typically seen indulging in his hobbies of reading manga or playing video games. His bedroom in the dorm is a complete mess with stuff scattered everywhere, as shown in a command console recording when Mitsuru suspects that there had been a robbery in his room, when that is actually what his room always looks like. He is also very reckless and hot-headed and rarely thinks things through, such as when he blindly chases after a Shadow when he, Yukari and the protagonist are on the monorail during the May full moon event, leaving the latter two to fend for themselves until they catch up to him. However, Junpei does have his sensible moments as well, such as when he repeatedly warns Yukari that going to the back alley behind Port Island Station is dangerous, when she considers it an "adventure." His Arcana is the Magician, which fits with his immature personality and tendency to act before he thinks.

As well as being reckless, Junpei is frequently shown to be book dumb, as he consistently gets low scores on every exam. However, this is largely due to a lack of willingness to study, which only increases when he joins SEES, as he considers saving the world to be more important than school work. This never ceases to annoy Mitsuru, who has to constantly remind him that school is important as well. He's frequently called 'Stupei' by Yukari due to his lack of intelligence and often poor decisions. Although he usually brushes it off, Junpei is shown to greatly dislike this name, and at one point tells her to stop calling him that. Over time, however, she uses the name less and less, and by the end of the game has stopped using it completely, likely due to him becoming more mature. Junpei also starts to take studying more seriously towards the end, and gets a decent score on the final exam. In Persona 4: Arena Ultimax, Junpei pursues his hobby of baseball, becoming a role model and coach for a boy named Gorou.

Of all the members of SEES, Junpei's initial reason for joining is the most selfish; to play hero and earn some recognition. At one point, he laments over the fact that nobody will ever know about the group's heroics, since nobody except them knows the Dark Hour even exists. He claims that he should be the leader and becomes jealous of the protagonist's special power (regardless of gender), which often results in outbursts aimed at the protagonist out of frustration (his jealousy over the protagonist's abilities were especially pronounced in Spring of Birth). In the female protagonist's case, he even expresses annoyance at having to take orders from a girl and goes so far as to say he should be in charge because he's the only the guy in the group, implying a degree of sexism, which Mitsuru calls him out for, although he insists that he didn't mean it in a sexist or condescending way. His desire to be a hero ultimately results in him bragging about being the leader of SEES to Chidori Yoshino, which leads to her kidnapping him in an attempt to make the group give up their mission to eliminate the Dark Hour.

Later, it is revealed that Junpei's 'class clown' persona is largely a facade to hide his deep insecurities; as far as he's concerned, fighting is the only thing he's ever been good at, and he hates that there's someone better than him at even that (the protagonist). It's because of this that he is initially annoyed that Tartarus and the Dark Hour would soon be gone, as that would mean taking away his purpose in life. Sometimes, he is shown to be upset, depressed or angry as a result of his father's alcoholism, whom he resents and has a poor relationship with. Besides these displays of negativity, however, Junpei's attitude usually remains carefree and lighthearted, and he rarely shows his true feelings in the presence of his friends.

His personality undergoes a change once he meets Chidori and gets to know her, showing a more caring and romantic side to him than what he usually shows to others (although a friendly side becomes apparent in the female protagonist route, it does not develop as far as Junpei's relationship with Chidori). His love for Chidori is shown by the fact that he is comfortable talking about things to her that he can't even discuss with his teammates, such as his fear of being useless and belief that being a Persona-user is all he has going for him. Junpei becomes touched and happy when his relationship with Chidori advances, and in Persona 3 The Movie, he buys a gift for her. It is gradually revealed that Chidori and Junpei developed feelings for each other. At one point, Chidori self-mutilates, which greatly upsets Junpei and he tries to talk her out of it.

After the apparent deaths of Takaya Sakaki and Jin Shirato, Chidori tells Junpei that she wishes not to see him again, being unable to deal with her growing feelings for him. Towards the end of November, Chidori attempts to attack Junpei, throwing him into distress. This same night, Takaya shoots Junpei in the stomach, killing him. His death and subsequent revival by Chidori, an act which caused her own death, sent Junpei back into a depressed state. Only with the discovery of Chidori's sketchbook and the pictures of him that she drew does he find the strength to bounce back, resolving to be a better friend to all those close to him. All in all, Junpei becomes much more intelligent and mature through his relationship with Chidori, and resolves to put the life she gave him to good use. After Ryoji Mochizuki reveals the truth about Nyx to the group and gives them their choice, Junpei even admits that he now understands his father, who turned to drinking so he wouldn't have to face reality.

In The Answer, during the debate over what to do with the keys, Junpei ends up as the group's voice of reason; while he admits to wanting to go back to when Chidori died, he nevertheless sees Akihiko's point about keeping the past the way it is. He's also the one to point out exactly why going back to the past is such a bad idea i.e. they'd have to fight Nyx again and that would mean risking the end of the world as they know it, and calls out Yukari for not thinking through her desire. Despite this, Yukari snaps at him and accuses him of being a coward. After the group decide to fight each other to settle the dispute, Junpei expresses his frustration at the group letting themselves be divided after everything they've been through together. He says he won't allow anyone to make a decision until they've all agreed what to do and that if anyone refuses to accept defeat, he'll beat them back to their senses, a threat he ultimately doesn't go through with when Yukari attempts (futily) to take the True Key from Aigis. 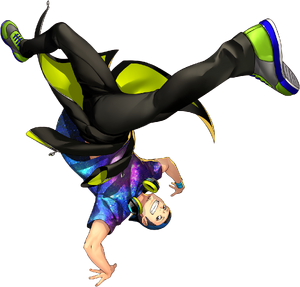 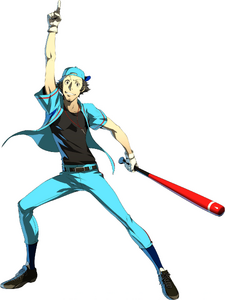 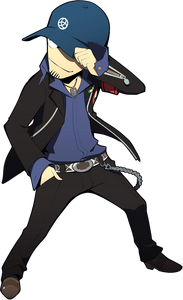 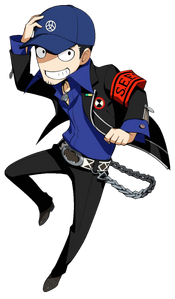 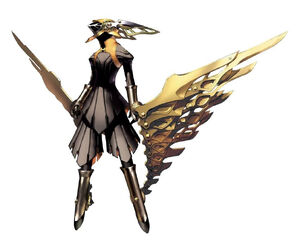 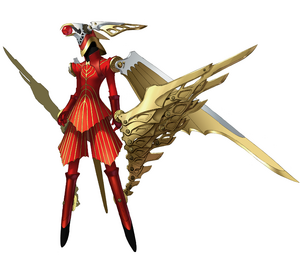 Junpei's Ultimate Persona, Trismegistus
Add a photo to this gallery

Retrieved from "https://hero.fandom.com/wiki/Junpei_Iori?oldid=2299853"
Community content is available under CC-BY-SA unless otherwise noted.