The Justice Friends have been protecting Earth from the forces of evil. They must also learn to live together under one roof to face the challenges of everyday life. The three main members are Major Glory, Val Hallen and the Infraggable Krunk.

The heroes first appeared in an episode of Dial M for Monkey (A recurring cartoon in the Dexter's Laboratory series), called "Rasslor" in which an intergalactic wrestler named Rasslor challenges all of the Earth's superheroes to a fight for the fate of the Earth. The heroes are all soundly defeated, except for Monkey, who refuses to quit and wins Rasslor's respect (thus saving the Earth). At this point, it is unclear if the heroes are part of a team yet.

The next time we see them Major Glory, the Infraggable Krunk, and Valhallen are sharing an apartment together in The Justice Friends shorts. There are other Justice Friends, but these three are considered to be the main group. The shorts are styled like a sit-com, with a laugh-track and usually with farcical elements. In the Dexter's Laboratory half hour-long episode Last But Not Beast, both the Justice Friends and Monkey battle a giant monster, but find themselves defeated, leaving Dexter and his family to defeat the monster. This is the last appearance of the Justice Friends as a whole, though many members appear in the Powerpuff Girls episode "Members Only" as members of the AWSM (Association of World Super Men). 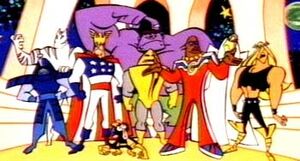 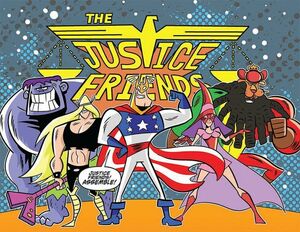 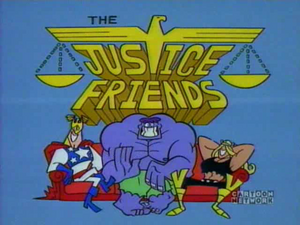 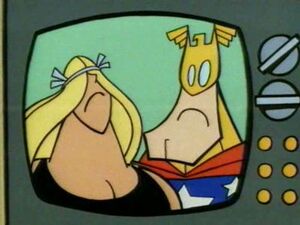 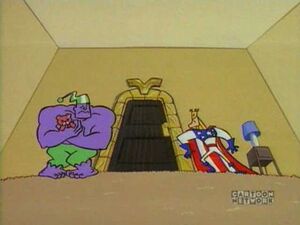 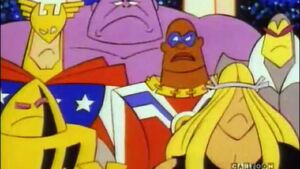 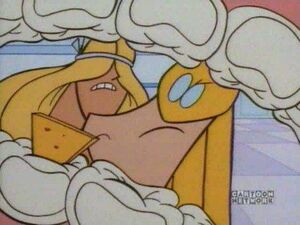 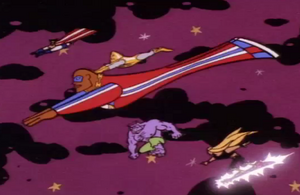 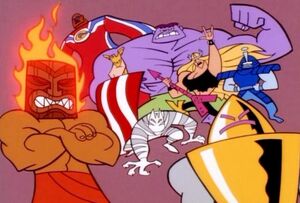 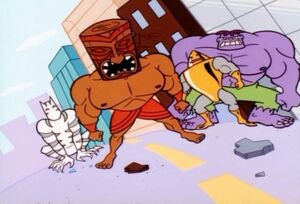