Start a Wiki
The Justice League is the main character of DCAU TV series of the same name. It was founded after the Imperium invasion by the seven heroes who responded to the crisis. The team was reformed after the Thanagarian invasion into the Justice League Unlimited. The team was originally headquartered in the Watchtower I, and after its destruction has given the same name to all of their subsequent bases.

When the Imperium invaded the Earth, J'onn Jonzz of Mars, who was assigned to keep them imprisoned on his world after they devastated his, was captured by the US Army. To find help, he telepathically contacted other individuals including Superman and Batman. They would immediately be joined by Green Lantern, Hawkgirl of Thanagar, the Flash, and newcomer Diana of Themyscira. After apprehending the threat, the seven would form a superhero team dubbed the Justice League.

After Hawkgirl betrayed the Earth for Thanagar's conquest (which ultimately failed due to the efforts of the League) and the subsequent loss of the Watchtower I, the team reformed without the self-exiled Thanagarian in addition to expanding the roster to more superheroes, as well as reconstructing a new Watchtower. 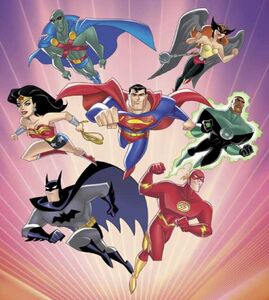 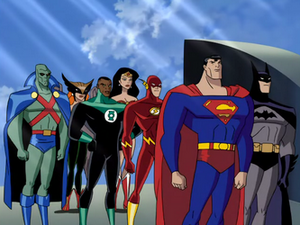 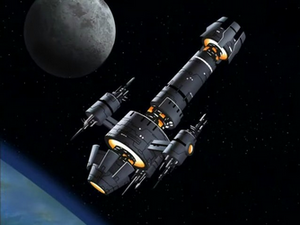 From their outpost orbiting the Earth, the Justice League vigilantly guarded against threats 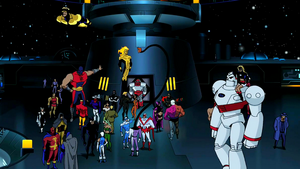 The expanded Justice League
Add a photo to this gallery
Retrieved from "https://hero.fandom.com/wiki/Justice_League_(DC_Animated_Universe)?oldid=1855995"
Community content is available under CC-BY-SA unless otherwise noted.