The Justice League is the main protagonist group from DC Prime Earth.

Their founding members included Aquaman, Batman, Cyborg, The Flash, Green Lantern, Superman and Wonder Woman. They first met when Darkseid invaded the planet with his Parademons in search of the Anti-Life Equation.

Steve Trevor becomes the leader of A.R.G.U.S., a U.S. Government agency set up as the Justice League's liaison and support. They fight a super-villain named Spore. Green Arrow tries to audition for the team, but they refuse new members since a betrayal by Martian Manhunter.

The writer who named the Justice League becomes a super-villain named Graves. For information on the team, he begins torturing their enemies and loved ones.[6] His powers are granted by the vengeful Asura gods, and he uses them to attack the Justice League Watchtower. Graves broadcasts them fighting with each other all over the world, when he threatens to kill Trevor. They discover that his family died of a mysterious illness from the Darkseid invasion. The League takes him down at the Valley of Souls in Mount Sumeru. Green Lantern quits the team to protect their reputation. Superman and Wonder Woman begin a romantic relationship. 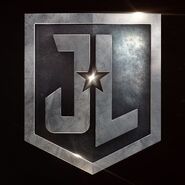 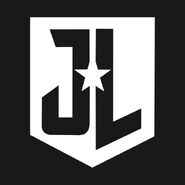 Add a photo to this gallery
Retrieved from "https://hero.fandom.com/wiki/Justice_League_(Prime_Earth)?oldid=1807148"
Community content is available under CC-BY-SA unless otherwise noted.