Help the LAPD take down Mossi Kasic, Detective Brolin including their crew, meet the real Officer Chang and sell his video game (all succeeded)

Justin Miller is one of the two protagonists (alongside Ryan O'Malley) of the 2014 movie, Let's Be Cops.

He is portrayed by Damon Wayans Jr. who also voiced Wasabi in the 2014 Disney's Big Hero 6.

Thanks to the respective confidence and motivation gained during their impersonations, Justin has become a successful game developer, while Ryan graduates from the police academy as a true, fully fledged member of the LAPD. Justin apologizes to Josie, and after she forgives him, they rekindle their relationship. Ryan, however, still has not given up on their fun as cops together, and convinces Justin to don the fake uniform once again and join him on patrol. He decided to become a part-time cop while working as a video game designer. 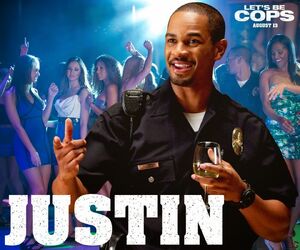 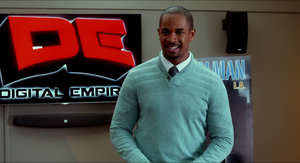 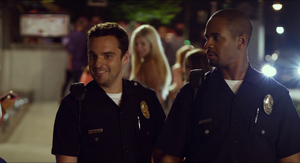 Ryan & Justin walk in public with their fake police uniforms. 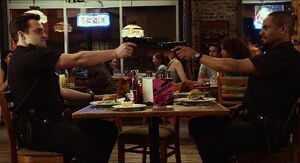 Ryan & Justin hold up their guns to shoot each other, but it they were only joking. 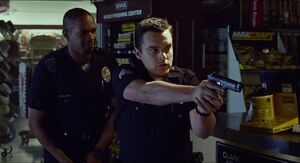 Justin tells Ryan that his gun is fake. 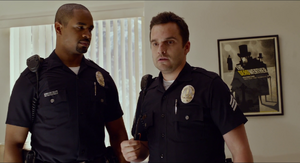 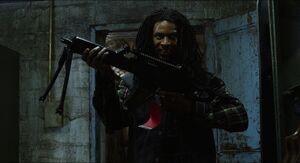 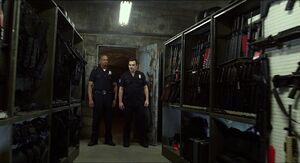 Justin & Ryan prepare to suit up. 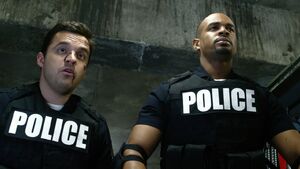 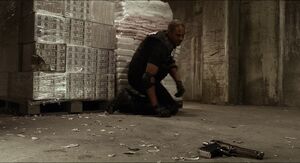 Justin picks up one of Mossi's guns that he dropped.