Rogue One (or Rogue One: A Star Wars Story)

K-2SO (Kay-Tuesso), abbreviated K-2 (Kay-Tu) or Kay, is the tritagonist in the Star Wars anthology film, Rogue One. He was a KX-series security droid originally created for use in the Galactic Empire's armed forces. Like all droids, he could survive in the vacuum of space.

At some point, the droid encountered Captain Cassian Andor, a member of the resistance movement—known as the Rebel Alliance—that sought to overthrow the Empire and restore democracy to the galaxy. Andor was able to reprogram K-2SO to serve the Alliance. K-2SO is strong, able to pick up & throw multiple stormtroopers with ease.

He was voiced by Alan Tudyk, who also portrayed Dutch in Transformers: Dark of the Moon, and Heihei in Moana.

K-2SO was a former Imperial KX-series security droid who was reprogrammed by the Alliance to Restore the Republic. He was a member of the Extraction Team Bravo which in 0 BBY helped Jyn Erso escape from the Wobani Labor Camp. As Erso ran outside to escape, K-2SO seized Erso, threw her to the ground, and told her not to resist as she was being rescued. Bravo Team's U-wing transport, Bravo One, encountered a minor technical setback and was unable to jump to hyperspace. The team proceeded to take refuge in an asteroid field in Wobani's star system and K-2SO sent a priority transmission to all available Rebel vessels. An X-wing starfighter squadron called Red Flight answered their call and saved them from incoming Imperial forces.

Later, K-2SO accompanied his master Cassian Andor and Jyn on a mission to rescue Jyn's father Galen Erso so that they could gather information about the the Empire's superweapon, the Death Star. In secret, Cassian had received orders to kill Galen in order to prevent the weapon from being built. The Alliance had learned about the Death Star from the Imperial defector Bodhi Rook, who had been taken by the maverick leader Saw Gerrera. K-2SO was uncomfortable that Jyn had been given a blaster since she disliked him.

K-2SO and his companions traveled to the moon Jedha in order to find Saw Gerrera and acquire Bodhi's message so that they could locate Galen. Under orders from Cassian, Kaytoo stayed aboard their U-wing while his human companions infiltrated the Holy City of Jedha. Despite his instructions, K-2S0 ventured into the Holy City during a battle between Imperial forces and Saw's Partisans. K-2SO narrowly avoided being shot by Jyn, who instead shot another KX-series security droid. Kaytoo also intercepted a stormtrooper's grenade in mid-air and threw it at a group of advancing stormtroopers. K-2SO managed to slip away following the fighting and return to their U-wing transport. Meanwhile, his companions were captured by Saw's Partisans who brought them to the rebel leader's base in the Catacombs of Cadera.

After the Death Star destroyed Jedha City during a test firing, K-2SO picked up Cassian, Jyn, Bodhi, and their new companions Chirrut Îmwe and Baze Malbus in his U-wing before Saw's base was caught up in the Death Star's implosion. Due to the mission, the rebels learned that Galen had incorporated a design flaw into the Death Star. Having learned from Saw that Galen was on the storm-stricken planet of Eadu, Kaytoo helped Cassian fly the U-wing there. Despite a powerful storm, the rebels managed to land their ship near the Imperial Flight Station where Cassian and the other scientists were being housed.

K-2SO and the others stayed aboard the wrecked U-wing while Cassian ventured outside to find Galen. During that time, Kaytoo disclosed to Jyn that Cassian was going to assassinate her father. Jyn left to find her father before Cassian could kill him only to be caught up in a rebel attack on the station. During that attack, Galen was killed by a stray Y-wing proton torpedo. Amidst the fighting, K-2SO, Rook, and the others managed to steal an Imperial cargo shuttle and rescue Jyn and Cassian. The rebels then returned to the rebel base on Yavin 4.

After the Rebel Alliance was unable to reach a consensus on the Death Star, K-2SO accompanied Jyn, Cassian, and their companions on an unsanctioned mission to steal the Death Star plans from the planet Scarif. This rebel strike team became known as Rogue One. Kaytoo and Rook piloted the stolen cargo shuttle they had obtained on Eadu. When the air traffic controller claimed that there was no such group with the designation Rogue One, K-2SO replied "now there is" before taking off. After exiting hyperspace, Kaytoo and the rest of his team managed to travel through the Shield Gate and land at the planetary Imperial security complex.

While the rest of the Rogue One unit staged a diversionary attack on the base, Kaytoo accompanied a disguised Jyn and Cassian inside the security complex. During the course of the mission, K-2S0 accosted another KX unit and accessed its databanks to retrieve a map of the complex. The three rebels then made their way to the data vault, where the Death Star plans were stored. After incapacitating the technician, Kaytoo assumed control of the computer and opened the door into the vault. At that point, K-2S0 received news that the rebel fleet had arrived over Scarif and that the Empire had locked the Shield Gate.

Since they were trapped, Kaytoo suggested transmitting the plans but told them that the size of the data files meant that the shield would have to be taken down to in order to transmit it to the orbiting rebel fleet. Since the two had gained each other's respect during their adventures, Jyn gave K-2S0 a blaster pistol to defend himself. Kaytoo expressed surprise at her change in behavior. While Jyn and Cassian were combing through the files for the plans, several stormtroopers approached K-2S0. Kaytoo tried to divert the Imperials away but his cover was blown when Cassian spoke through the intercom asking why he had closed the vault door.

K-2SO engaged the stormtroopers in a gun battle while relaying the location of a data-tape titled "stardust", which was the codename for the Death Star plans. Before Cassian could retrieve the file, the door control was hit and the device's power was knocked out. K-2SO implored his comrades to climb through the vault before succumbing to stormtrooper fire. Despite his disintegration, Jyn and Cassian managed to retrieve the Death Star plans and transmit it to the orbiting rebel fleet. The rest of Rogue One were killed when Grand Moff Wilhuff Tarkin used the Death Star's superlaser to destroy the Imperial security complex in a desperate effort to prevent the plans from escaping Scarif. This set the stage for the Battle of Yavin.

While most KX-series droids were effectively emotionless drones, minor errors and glitches in K-2SO's reprogramming led to the development of a fully self-aware personality. He was cynical, prone to sarcasm, and stoic, often mentioning that he had calculated the poor odds of success in any given situation (which Cassian would then refuse to hear). His sarcasm extended to the point where he would disobey minor orders and prove his ability in given missions, as seen on Jedha. He was fairly independent and frequently disobeyed orders he felt were counterproductive, scolding his organic compatriots for ignoring his advice. He genuinely regarded Andor as a friend, however, and felt no hesitation in sacrificing himself in order to protect him and Jyn Erso during their mission to steal the plans to the Death Star. 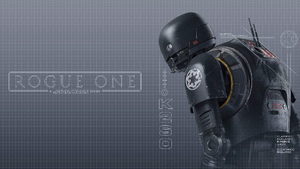 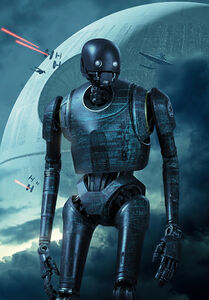 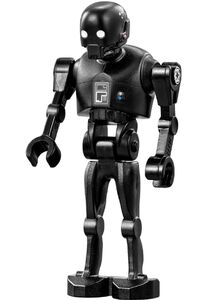 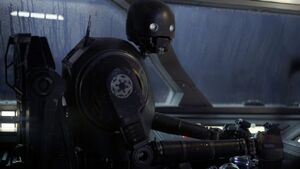 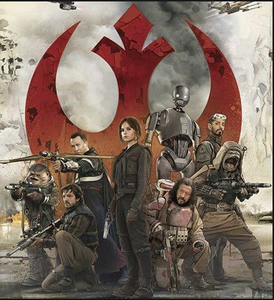 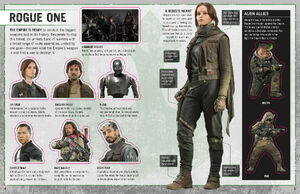 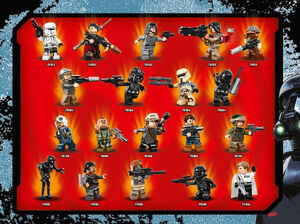 Retrieved from "https://hero.fandom.com/wiki/K-2SO?oldid=1616134"
Community content is available under CC-BY-SA unless otherwise noted.