K, also known as Joe, is the main protagonist of Blade Runner 2049. He is a Replicant Blade Runner of the "new batch" from 2049, engineered to be less rebellious than the original Replicants. He is protrayed by Ryan Gosling.

When "retiring" a Rogue Replicant, K finds strange clues that point to a Replicant having concieved a child. Since Replicants are forbidden to procreate, that makes the mother a Rogue Replicant. K, conflicted over having to "retire" a Replicant who did nothing wrong, decides to rebel against his superior, going against his programming by leting his better nature shine through. This puts him in the crosshairs of Luv, the ruthless second in command of the corrupt corporation responsible for the "new batch" of Replicant. The Replicant mother turns out to be none other than Rachael, with Rick Deckard being the father. This makes Deckard himself a target of Luv. When Luv manages to capture Deckard, she puts Deckard on a ship to the off-world colonies, most likely to be tortured and killed. K manages to intercept the ship and enages Luv in a knife fight. K manages to kill Luv, but not before being fatally stabbed himself. K reunites Deckard with his daughter before succumbing to his wounds and dying. 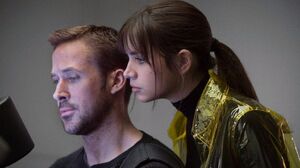 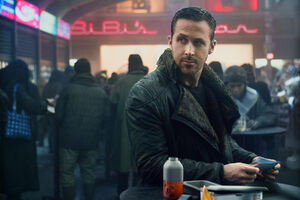 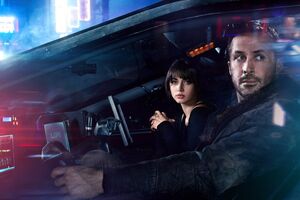 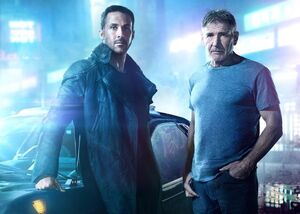 K and Rick Deckard
Add a photo to this gallery
Retrieved from "https://hero.fandom.com/wiki/K_(Blade_Runner)?oldid=1678605"
Community content is available under CC-BY-SA unless otherwise noted.