Heroes Wiki
Register
Don't have an account?
Sign In
Advertisement
in: Articles under construction, Skylanders Heroes, Crossover Heroes,
and 10 more

Ka-Boom is one of the Fire Trap Masters in Skylanders: Trap Team.

He is voiced by Dave Burchell.

Ka-Boom is a blacksmith hailing from the volcanic Munitions Forge island. When a pirate named Captain Iron Beard tried to take over his home, his response was to sink his fleet one by one with a cannon he forged himself, still fresh from the fire. His bravery earned him a place in the Skylanders. 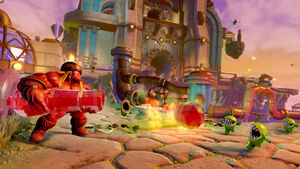 Ka-Boom fights against the Chompies. 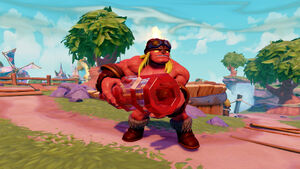