To escape from the Academy for Gifted Juveniles with all 16 students alive.
Kill the mastermind (both failed).
Save the other students from getting killed in the Killing School Semester (minutely succeeded; 3/16 participants survived).

A participant in the Killing School Semester, Kaede has the title of Ultimate Pianist (Super High School Level Pianist), owing to her prowess in playing the piano since childhood and winning various awards.

To save the students from being killed, she makes up a plan to eliminate the mastermind; unfortunately Rantaro Amami gets caught in the scene. Although Kaede’s shot missed Rantaro, Tsumugi Shirogane kills him and pinpoints/frames the murder on Kaede. Kaede is executed believing she was the killer.

Kaede has shoulder-length blonde hair and a prominent ahoge. She wears silver music note hairpins and has warm purple eyes. She wears a high school uniform, which consists of a long-sleeved white shirt completed with a pink ribbed-hem sweater vest adorned with her previous schools’ insignia and an orange tie. She wears a dark, warm purple skirt patterned with black music staves and lining each of them.

The song on her skirt creates an actual melody, but it doesn't seem to be any relevant tune. Dark purple knee socks are adorned with her previous schools’ insignia on the top of them, and beige shoes with dark brown laces and soles. Kaede also carries around a white backpack, that has a gold clasp.

In the Prologue, Kaede wears a dark blue sailor uniform with a short matching blue skirt, a red tie, black knee socks and black penny loafers. The pins in her hair are regular, silver straight ones.

Kaede is an optimistic hard worker. As a leader type with a firm character, she has a strong will and doesn't hesitate to take action, her notable character trait being her strong sense of belief in herself and others. Her main motivation for playing the piano is to see others smiling.She has a kind personality that makes her think about others before herself.

Because of this, she is unable to immediately suspect people, as demonstrated in the demo by her going as far as faking an alibi out of her trust for Makoto, with no rational basis for his innocence. She is willing to lie for good reasons, but appears uncomfortable while doing so and is quite bad at lying. Like the other protagonists before her, she has a very sensitive nature and listens to other people's troubles. However, as seen during her Free Time Events with other students, she seems to encourage other people to get better even more actively than some other protagonists do, and she isn't afraid to be bold about it and point out their flaws. It appears that she is rather quickly well-liked by the other students.

Before being exposed to the Flashback Lights, Kaede had "no faith in humanity" and stated that she was "perfect for a killing game." This seems to imply she was a nihilist, to the point where she'd give her life to have a bit of fun.

The Truth About Kaede's Fate

When Tsumugi frames Kaede by killing Rantaro by switching shot put balls after Monokuma threatens all the other students, Kaede, having herself been fooled by Tsumugi's trick into thinking she killed Rantaro, decides to accuse herself in the Class Trial before being executed with a piano concert that plays a classical musical piece called "The Flea Waltz", but it turns out that she has been killed due to the Monokubs' yanking of the ropes that pull her up faster and faster, asphyxiating her because of the Monokuma-designed clasp around her neck. 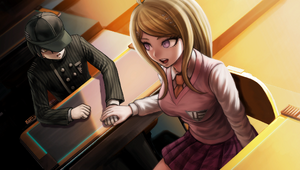 Convincing Shuichi to believe in Class A 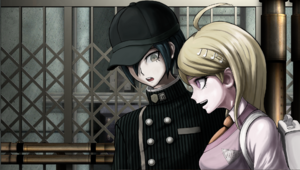 "Shuichi, I know you can do this; if you say you believe in me, then don't look away from the truth." 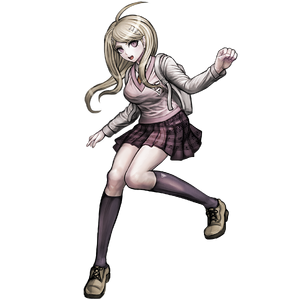 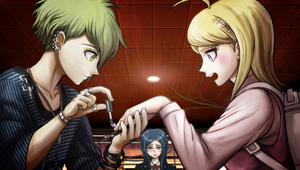 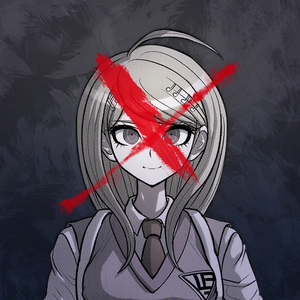 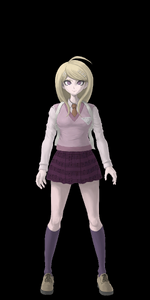 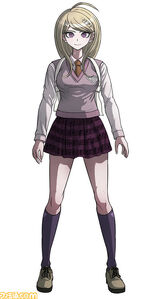 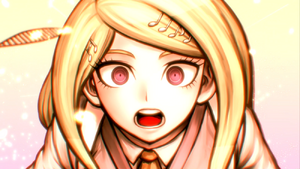