Yagura's Grandson (by those who feared him)

Kagura Karatachi is one of supporting characters from Boruto: Naruto Next Generations. He is one of Boruto's friends and the grandson of Yagura Karatachi (Fourth Mizukage and jinchūriki of Isobu).

He has a short, messy, grey hair that falls over the right side of his face and spiked up on the left his forehead, pink eyes and a tattoo with three points running down under his left eye.

He is shown to be very friendly to others, even if they're from another village. He is happy to meet the visiting class from Konohagakure. 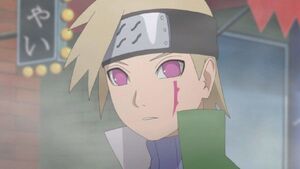 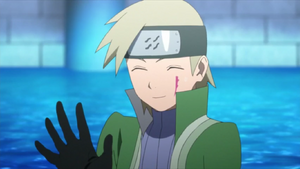 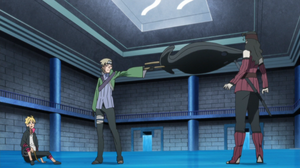 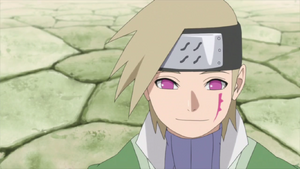 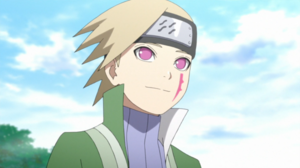