Yuzuru Yamai
Kazamachi Yamai(Original Name when they were one person)

Competing each other over Shido Itsuka's affection to determine who is more powerful.

Flirting and seducing with Shido.
Taking lessons from Origami how to be more lewd.
Teasing Shido.

Determine which one is stronger. (formerly)

Kaguya & Yuzuru Yamai are major heroines from the Date A Live franchise. They are a pair of Spirits, who were once a single spirit simply named Yamai. Together, they make up the Yamai Sisters. First appearing in volume 5, the two participated in a series of trials to determine which personality would take over after they merged into one

Yamai was originally one Spirit, but for unknown reasons, that may be related with her teleporting between dimensions, sometime in the past; she was split into two bodies and minds. The original personality of Yamai is now gone, as well as what type of personality she used to have is unknown to the split Yamais. The Yamai Sisters have been well known to the people who knew about the existence of spirits because they often cause a major storm in the area, they occur every time they come through to Earth.

It was unstated when the Yamai Sisters started fighting, but they have been fighting with each other for quite some time for the sole purpose of deciding the winner as the real Yamai. Their fights range from non-violent to violent for almost 99 battles with the 100th battle as the final confrontation. Whether out of luck or by chances, the Yamai Sisters encounter Shido while he and his classmates were having a field trip in the southern island; the Yamai Sisters decided that their 100th battle should be whoever can seduce Shido first will be the winner and will be considered the real Yamai. It was around this time, thanks to Reine, that the Yamai Sisters transfer into Shido’s high school and the beginning of both (Yamai sisters and Shido) of their battle to seduce each other. In reality, both of the Yamai Sisters secretly wanted the other to live but when they discovered that both of them have the same idea, they stubbornly refuse themselves to live and for the other to die; so in the end they fought. Thankfully, Shido forcefully interrupted their fight with Tohka’s sword, Sandalphon, and gave them a new option for both of them to live and that is for him to seal their power. They pondered on that idea until they finally accepted their true feelings about wanting to live along with each other. Both of them got their power sealed at the same time when they gave Shido a thank you kiss, which in turn surprised them since it removed their Astral Dress.

Due to their stable state after being sealed, they didn't need to transfer into Shido's classroom but the one next door to his.

Being identical twins Kaguya and Yuzuru look almost exactly the same. They both have orange hair and blue eyes and appear to be of the same height. However looking closely both still had their own individual characteristics.

She has "a characteristically delicate body that looked like it would break if hugged too tightly" as described by Shido. Her hair is braided up and she has a lean figure. She has a determined expression most of the time. Kaguya's Astral Dress is mainly the color purple and has chains on her right hand and foot. The lower half of her body has a half skirt around her waist which drops to the knees and opens around her front legs.

She has "the body of the model" as described by Shido. Her hair is braided in three portions and she has a curvy figure. She has a vague expression and keeps her eyes half closed most of the time. While her sister's Astral Dress is mainly the color purple, Yuzuru's dress is bluish-purple with a small cape and has chains on her left hand and foot.

Despite being twins, their personalities are almost complete opposites.

Outgoing and out-spoken, one can say that she is childish or immature. Kaguya often speaks rather unrealistically, as if she is acting. It is later revealed that it really is acting. Kaguya believes she must speak like this because she is a spirit, and therefore "super awesome", and therefore must act appropriately.

She often speaks in a robot-like speech pattern; when arguing with Kaguya, Yuzuru always sneers at her and points out the flaw in Kaguya’s argument. She tells the point of comment before speaking the rest... for example, "Confirm: Shido". She also takes pride in her breasts being bigger than Kaguya's, if not by much, and never hesitates to tease her for it.

Both of the Yamai Sisters, despite using different weapons; have the power to manipulate the air current (wind) enough to create a small typhoon. They also have shown to be able to combine their powers to form a bow and arrow that is able to pierce through almost anything. 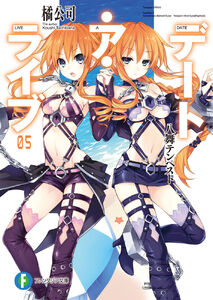 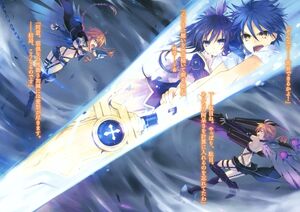 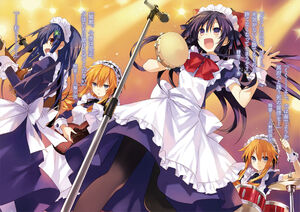 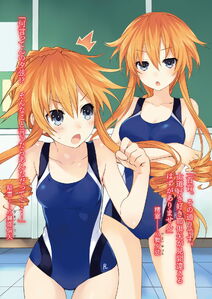 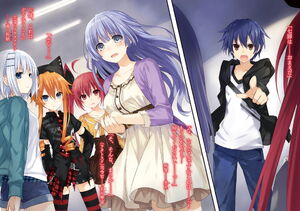 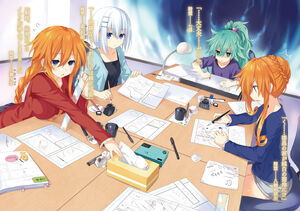 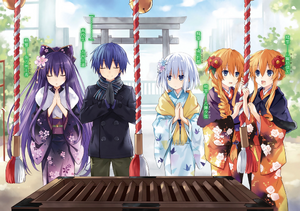 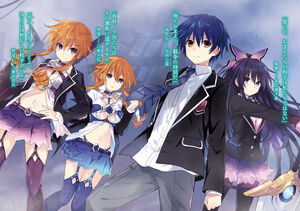 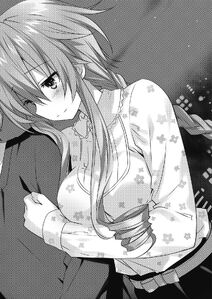 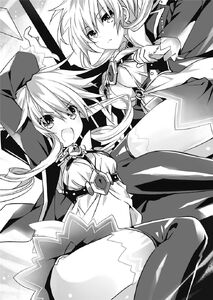 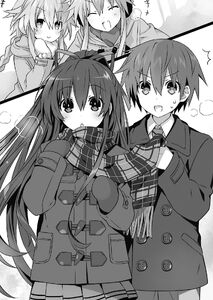 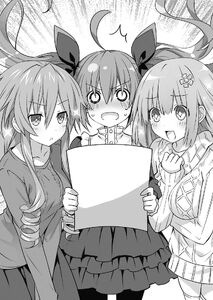 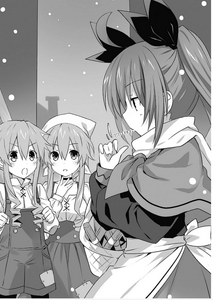 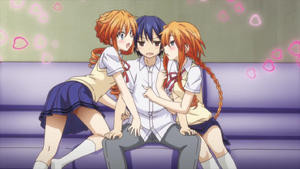 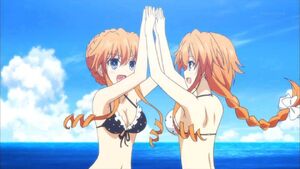 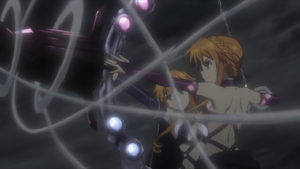 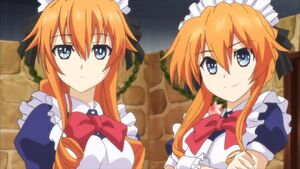 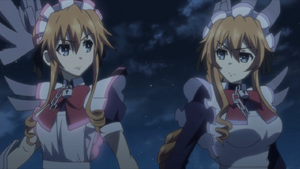 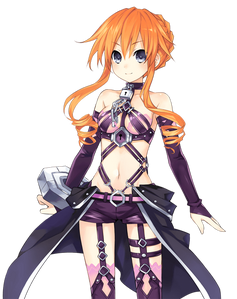 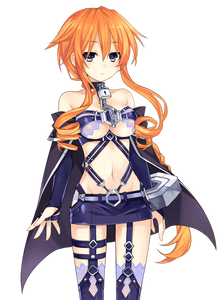 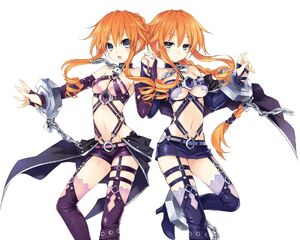 The Yamai Sisters.
Add a photo to this gallery 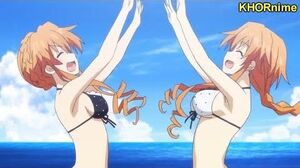 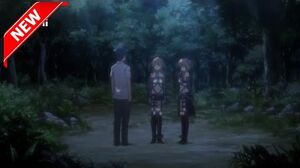 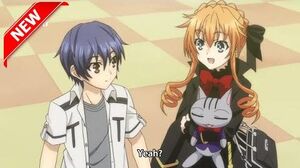 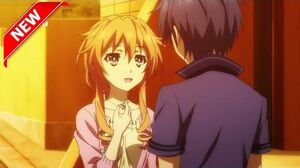 Retrieved from "https://hero.fandom.com/wiki/Kaguya_and_Yuzuru_Yamai?oldid=1835554"
Community content is available under CC-BY-SA unless otherwise noted.