Second-in command of the Galaxy Rangers

Military Superhero
Kai Chen is Galaxy Blue of the Galaxy Rangers and is the team's second in command. He is the deuteragonist of Power Rangers Lost Galaxy. She is also Kendrix Morgan love interest and later Wife.

Straight-laced, sensible, and ambitious, Kai is the classic overachiever. Having been brought up in a strict military family, he always does things by the book and likes everything in its place. His orderly world is turned upside down when he becomes a Power Ranger, and he must learn that sometimes rules are meant to be broken when it comes to saving the universe. He is apparently a good friend of Kendrix Morgan. His fighting style consists of grappling moves and throws, presumably taught by the military.

Kai's strict adherence to the rules initially causes much conflict with Leo, but after an incident in which the Quasar Sabers were stolen, Kai warms up to him considerably.

Kai was responsible for the majority of the meals the Rangers ate aboard Terra Venture. When a lovesick Kai rendered himself bed-ridden for several days after a romantic letdown, the other Rangers complained about the lack of decent food to eat, as Kai was the Galaxy Ranger who either had the greatest cooking expertise, or the only one who was willing to cook for the group. 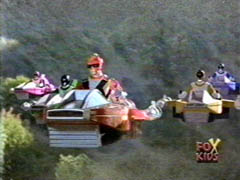 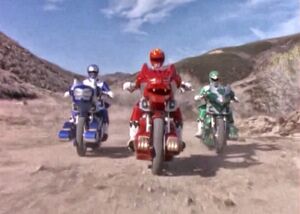