Luminary of the Stars (self-reference)

Talking about the marvels of space.


Kill Kokichi to save Maki from being executed (succeeded)

Kaito Momota is a student in Ultimate Academy for Gifted Juveniles and a participant of the Killing School Semester featured in Danganronpa V3: Killing Harmony, and is the overall deuteragonist of the game.

Despite never actually traveling to space, and even going as far as forging his documents to get into space training, Kaito was given the title of the Ultimate Astronaut (Super High School Level Astronaut).

After he successfully participated in the 53rd Killing Game, Kaito's memories and past were fabricated by Team Danganronpa as follows:

In Kaito's Free Time Events, he told Shuichi a story from his childhood that sparked his dream to conquer the universe. He told him how he went on a voyage to fight with his rival, the boss of the Great Pirates and conquering the land by invading an underground civilization and befriend its emperor, all done in a summer vacation he had. Shuichi questioned the credibility of his story for several times, mentioned that Kaito was probably demented or could probably become a great writer using the materials he told him.

In his middle school, Kaito was once a tennis club member and recognized Ryoma Hoshi's fame as his other teammates idolized him.

As he grew older, Kaito became famous for becoming the first teen to ever pass the astronaut exams. However, in reality he never even took the test, lacking the required college degree and thus cheating his way through using false documents that he got from an acquaintance. Once he was found out, he was allowed to stay on as a trainee thanks to being an interesting and amusing person of talent. He hasn't been to space yet, but he harbors a great longing to go. In his Free Time Events, he claimed he had famous sidekicks in the past, such as a star rookie in the major league, an Nobel Prize winner engineer, and taught a popular popstar to sing and dance.

In Chapter 5, he murders Kokichi Ouma by crushing him, however his execution fails as he succumbs to his illness before the execution can kill him.

Kaito is a tall, young boy with gel-spiked purple hair that's grown out both at the top and bottom of his head, that Kodaka describes as a space jet coming out of a black hole and a short goatee. His eyes are a warm lilac, and he has fairly long eyelashes. He also has a slightly tanned complexion.

Kaito wears a white t-shirt kumadori design stamped on it, on top of that he wears a long sleeved dress shirt with a breast pocket. On this shirt are black buttons which are currently not in use. On top of that, he wears a long, purple blazer with a galaxy design on the inside of it. However, his coat is worn improperly at all times, instead, Kaito wears his left sleeve and leaves the right side of the coat to drape over his shoulder to leave it fluttering to show the space design. He wears purple pants matching the color of his blazer that are rolled up over his ankles. Kaito wears slippers with the same galaxy design on them.

In his promotional art, he's featured his entire coat draped over both of his shoulders, no slippers, and a mysterious pipe that resembles Kiseru.

In the prologue, he wears the uniform of his previous high school. He wears a dark blue gakuran with yellow buttons, unbuttoned along with the button-up beneath, showing off a red t-shirt underneath. It's sloppily put together as well. His slacks match the top part of his uniform as well, and white shoes that are worn outside usually.

His hair is still styled the way it is during the killing game for some odd reason.

Kaito is an energetic boy with a passionate heart, who lives for dreams and romance, and tends to give somewhat dramatic encouraging speeches for others. He believes you need to take risks for the sake of your dreams and shouldn't limit yourself nor ever give up. Due to his clichéd hot-blooded spirit and his document falsification he could pass the astronaut examination, proving that he is smart. Being the Ultimate Astronaut, he harbors a dream and a great longing to go to space, and already considers himself a space legend. He often refers to himself as "The Luminary of the Stars" and talks about the Universe being on his side. Furthermore, he talks about being popular with women and children, and he thinks that his goatee gives him a "glamorous celebrity vibe".

Throughout the game, Kaito described himself as a passionate protagonist of his own story who would help the others to survive the killing game. He considers himself a hero type, and occasionally offers to make other people his "sidekicks". Because of that, Kaito always tries his best to unite the group, and he 'is very much a reliable older brother type of character. He is very loyal to his friends and always there in order to aid them, such as when Shuichi Saihara broke down after Kaede Akamatsu's death. He offered his help to regain his spirit by starting training routine during the nighttime and even made him his "sidekick". It is also because of this nature that he became a moral support to the other participants. According to Shuichi, Kaito has the ability to draw people to him, and he has been described as an interesting and amusing person. In his Free Time Events and Love Suite Event, Kaito shows interest in friendly and even romantic rivalry, though he is shown to feel conflicted about romantic feelings because he doesn't wish to be held back by anyone as his true longing is the space and the universe.

He appears insecure during the scene, believing that there is no way the other person will feel the same. After Maki revealed her feelings for him, Kaito was relieved and believed in Maki that she can start to love herself if she is able to fall in love with someone like him. While he is excited to look at the dirty books in the library as he thinks it's something guys would normally do, there has also been a moment in which the conversation topic was girls and peeping, and he appeared to become completely distracted and forgot the original topic and instead begun to talk dramatically about man's passion for exploring unknown worlds, claiming it is true man's passion. His obliviousness to romance and sexual matters has also been shown in the way he didn't realize Maki's jealousy at all and appeared oblivious when the other students more or less jokingly talked about Shuichi being a masochist.

Kaito can also be slightly comical, sometimes having very over exaggerated expressions and reactions, and can easily come across as not that smart due to his beliefs and occasional silly behavior such as eating way too much food at one point due to feeling pumped up or him claiming he was the one who wore women's underwear in a desperate attempt to clear suspicion against him. His notable weakness is his massive fear of supernatural, strongly disliking anything related to it and grabbing other people in horror during such situations.

After Kaito and some of the other students enter the casino in Chapter 2, Kaito is shown to have horrible luck in gambling, which is something Kokichi makes fun of while Kaito seemed to completely lose his spirit and cried wondering how could The Luminary of the Stars lose so pathetically. He then made excuses such as claiming that his true skills are meant for the universe and not something like gambling, and pointed out that he had quit gambling earlier, even though he had just been playing. However, despite some of his comical traits, Kaito is actually very intelligent and talented in various ways as he is an astronaut trainee.

On the other hand, there isn't much known about his actual self as much until Tsumugi Shirogane revealed that Katio through a audition was a psychopath with the hungry-wants of money and honor and was willing to kill the contestants for it according to the audition tape and the information that Tsumugi provided. Though, due to Tsumugi giving somewhat of an ambiguous narrative it could be more possible that this may have been in fact a lie or could be true. There isn't as much further confirmed information and it is almost left up to interpretation almost being left for debate rather than giving a solid enough answer unless of a possible next installment or any prequels or sequels involving Katio throughout the Danganronpa works. 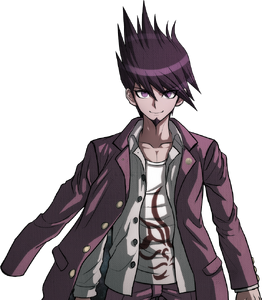 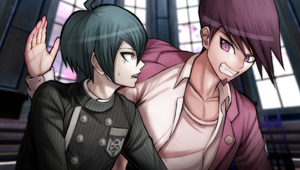 Kaito places his confidence and trust in Shuichi. 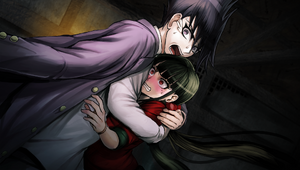 Kaito grabbing onto Maki in fear. 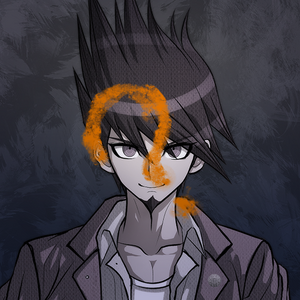 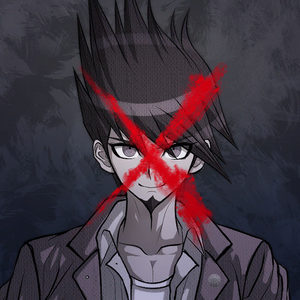 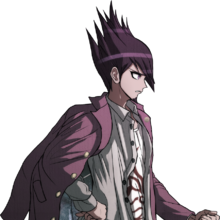