Kakeru Manabe is one of the supporting of the Fruits Basket series. He is the love interest of Komaki Nakao.

He has brown for hair and eyes colors.

He is depicted as alternately lazy and charismatically energetic, strongly reminding Yuki of his older brother, Ayame, whom Kakeru refers to as "commander". Yuki also compares Manabe's ability to make friends to Kyo's. Manabe sometimes claims the student council is a super-sentai–style "School Defense Force", and once tries to get the rest of the student council to pick their team colors. He is protective of her because she is still affected by their mothers' fight, now ended, to have their own child named heir.

According to Komaki, Kakeru used to be a withdrawn, unapproachable person, but during middle school after withdrawing from the competition to be family heir he suddenly became the character Yuki meets.

Komaki's father drove the car that struck and killed Kyoko Honda, also killing himself. Manabe believed that Tohru thought that she was the only one affected by the accident and confronted Tohru on Komaki's behalf, saying that she was nauseating. He tells her that she is acting like she must carry the whole world's misfortune. However, Komaki was angry at him because he had disrespected Tohru's feelings. He realized that his feelings and Komaki's were not the same and vowed to understand other people better, and later apologizes to Tohru for his hurtful behavior. 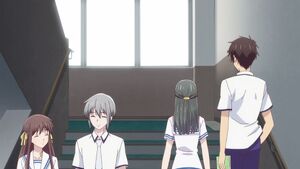 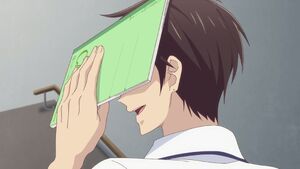 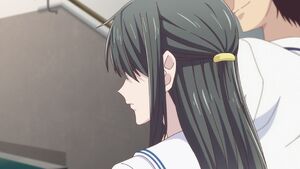 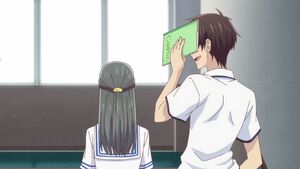 Retrieved from "https://hero.fandom.com/wiki/Kakeru_Manabe?oldid=1722903"
Community content is available under CC-BY-SA unless otherwise noted.