Keep Sousuke out of trouble

Kaname Chidori is the deuteragonist and lead heroine of the light novel and anime series Full Metal Panic!. She is a 16-year-old high school student of whom Sousuke Sagara is tasked with protecting by Mithril. The discovery of her Whispered abilities attracts the attention of terrorist organizations. As a result, Sousuke has been assigned by Mithril to protect her.

Kaname is a young girl of average height with a pale skin complexion, brown eyes and long, dark blue hair that she keeps tied near the end with a red bow. She is usually seen wearing her school uniform, which consists of a short-sleeved blouse, green skirt and red chest ribbon, though she can be seen wearing other outfits as well.

Kaname generally acts like a typical tsundere. While Sousuke's battle intuition generally saves her from dangerous situations, she often considers his instincts an irritant in daily high school events, leading to countless comical situations. She is always annoyed and furious by Sousuke's militaristic and overprotective foolishness including threatening people at gunpoint and using explosives at school which is the result of beating up Sousuke with a paper fan. She also slaps him for being an accidental pervert, which happens on a near-constant basis, though she eventually becomes smart enough to realise that when Sousuke says it's not what it looks like, it really isn't.

Having lived in the United States for a good portion of her life, Kaname is quite tomboyish, which goes against what Japanese society generally expects for a girl; in addition to having a short temper, she is very athletic and has seen a lot of American action movies, which comes in handy when it comes to real-life military situations. However, there are times when Kaname's savviness can lead her astray, particularly when it comes to the more anime-esque aspects of the series e.g. she initially refuses to believe that Tessa is Sousuke's captain, believing that submarine captains are always middle-aged men with moustaches or beards and that Tessa looks more like someone to play mission control and read off telegrams. She also initially believes that Sousuke can't possibly pilot an AS, though is because she had spent the time since they met believing he was just some "military maniac" and still wasn't completely convinced he was a soldier.

At a certain point in the series, Kaname makes it obvious to herself that she likes Sousuke, but that still doesn't stop her from hitting him with her paper fan from time to time. Kaname is very easy to anger, especially considering Sousuke's antics. A humorous comment made by Kurz Weber about her anger was when he saw her lose her temper and commented, "What happened to my angel?" A majority of the stunts pulled by Sousuke will cause Kaname to go into a rage fit and either hit Sousuke or chew him out.

However, for all the grief Sousuke gives her, Kaname does have a soft spot for him as well and when he does a good job she will often cook for him or give him a compliment. A good example of this is when she makes him lunch for saving her from a trio of thugs the night before (the same night he threatened Ena Saeki due to his extreme paranoia). She also volunteers to cut his hair after he reacts violently to a barber touching him, and saves him from having to go through with an extremely embarrassing forfeit by dressing in her mother's kimono. In addition, she saves Sousuke's life several times by giving him crucial knowledge of his enemy's weak points, given to her by her Whispered powers, and is quick to defend him when Leonard compares the two of them, saying that while he may be a soldier who's killed a lot of people, he's not a murderer. After Leonard kisses her, Kaname ends up having a breakdown and realises that, in spite of everything, she deeply misses Sousuke and wants him to be by her side again, and ends up crying into his chest when he returns to school, begging him not to leave her again. Even before then, Kaname had admitted to Sousuke that she feels the safest when she's with him.

Kaname is also very resourceful; after Sousuke gets pulled from duty as her bodyguard, she becomes extremely cautious and takes matters into her own hands to figure out who's after her. She seduces a random person and brings him to a love hotel, then sneaks out and tracks down Wraith, unaware that she's actually there to protect her. While she's being pursued by Xia Yu Lan, she manages to outwit her by distracting her and then shooting her with a taser, though being an ordinary school girl, she hesitates for a moment before remembering some advice given to her by Sousuke.

In the light novels, it is mentioned that her father and younger sister live in New York, United States. Her mother died of cancer roughly 4 years before the start of the series. Shortly after that Kaname ran away from home but returned the next day. Kaname's relationship with Shizu, her late mother and Ayame, her younger sister, is apparently friendly, but she is more tense towards her father, Shunya, who works for the United Nations as its environmental High Commissioner. Her late mother's family also seems to have strained relations with the Chidori family, at least until her grandfather from that side makes amends. Because of her sensitive past, she developed a tough-lady attitude, which has helped her deal with her past and survive several life-threatening situations. In the novel A Dancing Very Merry Christmas and in the Full Metal Panic! Anime Mission fan book, it is also revealed that she shares her birthday with Tessa on December 24, 1984 (Christmas Eve).

Kaname lives alone in her own apartment across from the complex which Sousuke Sagara lives in. She takes on multiple part-time jobs and sometimes invites friends to join her, which often ends with a catastrophe because of Sousuke. She began attending Jindai High School at the age of 15 and is currently in her second year. She leads a normal lifestyle and is the class representative and vice president. She is quite popular at school. However, after Sousuke is transferred to her class, her life is turned upside down and she becomes involved in various Mithril operations.

Kaname's bravery and determination came to a head in the climax of the novel Continuing on My Own. Following Sousuke's defeat by the hands of Leonard Testarossa, she gives herself up to Leonard and Amalgam to save his life. As she is picked up by the Belial's giant hand, she whispers something to Sousuke before being whisked off. After being taken by Leonard, she is imprisoned by Amalgam at an island villa. In the novel Come Make My Day, Sousuke arrives at the island in order to save her, but is unable to do so as she is taken away in a helicopter.

In the most recent novel, Semaru Nick of Time, the origin of the Whispered is revealed to be caused by an accident during a Soviet experiment using an Omni-Sphere that occurred on December 24, 1984, when all the Whispered were born. Leonard Testarossa takes Kaname back to the Omni-Sphere after recovering from wounds in Come Make My Day. She is then forced to resonate with Sophia, a key Whispered, who overtakes Kaname's personality. Under Sophia's control, Kaname is shown the illusion of shooting and killing Tessa and Sousuke, and then leaves with Leonard for Merida Island, where Amalgam has built a machine to utilize the final ability of the Whispered.

Kaname's Whispered abilities grant her an inherent knowledge (but not necessarily understanding) of advanced mathematics and science. It is no surprise then, that she consistently achieves top scores in these subjects at school. Her abilities as a whispered, however, are a bit buggy. She does not know her full abilities, and also sometimes enters a near-trance, where she understands Black Technology completely. 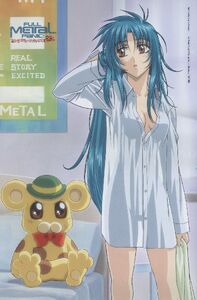 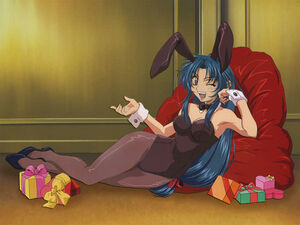 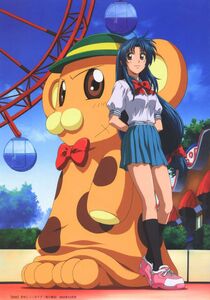 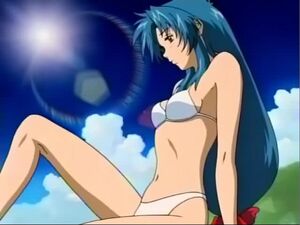 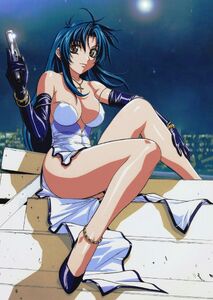 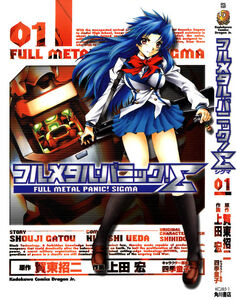 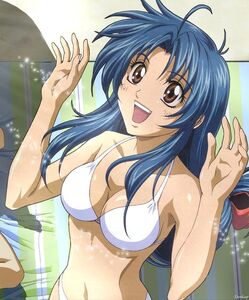 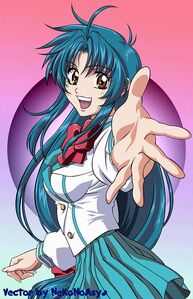 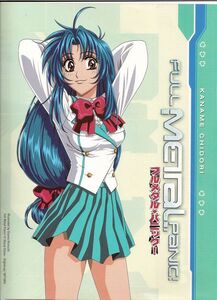 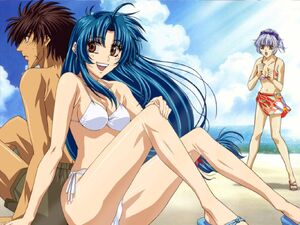 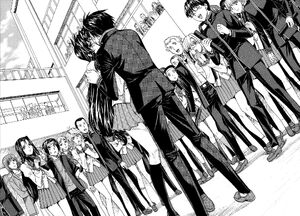