Charismatic Teenager
Kanan Matsuura (松浦果南) is one of the nine main characters of Love Live! Sunshine!!. She is a third-year in Uranohoshi Girls' High School. Her image color is green. She is the center of AZALEA, a sub-unit under Aqours.

Kanan is a third year student living alone on the offshore island of Awashima with her paternal grandfather, who runs a diving shop there. In the anime, she has a hard time attending classes as she must take care of the shop while her father recovers from a fractured bone. She is able to attend classes from Season 1 Episode 9 onward. Kanan is childhood friends with Chika Takami, You Watanabe, Dia Kurosawa and Mari Ohara.

In Season 1 Episode 6, Episode 8 and Episode 9, it is revealed Kanan had actually formed a school idol group with Mari and Dia two years ago, having convinced the former to join. However, Mari had suffered an injury right before their performance, so she and Dia decided to step down and not perform. After Mari travels to study abroad, she becomes more distant to her peers. It is until Mari learns the truth when Kanan reconciles with her old friend, and decides to become a school idol once again.

Kanan is a breezily and mature girl, she rarely sweats the details and usually maintains a calm, cool demeanor. She deeply cares for her friends and puts their needs above her own, going to great lengths to ensure they get what she thinks is best for them.

Kanan loves nature, claiming that she is happy every day just by being able to see the dazzling sun and blue skies.

She is talented in diving and ship handling, likely from being brought up in diving-gear shop. She also loves astronomical observation and swimming. She has incredible stamina as she often goes diving and jogs everyday in the morning, which causes the rest of Aqours to find it difficult to keep up with her. During practice, she leads the training of the group. 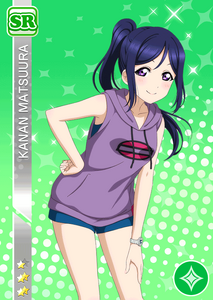 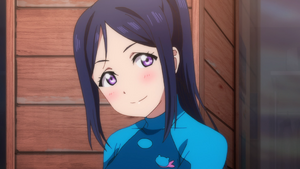 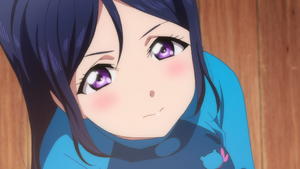 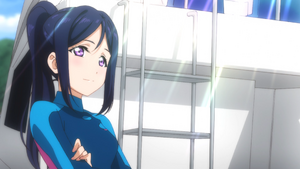 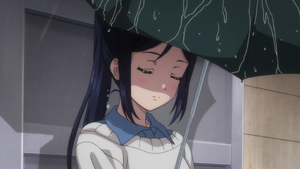 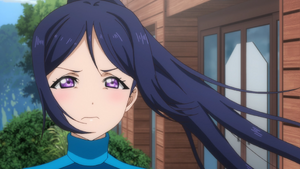 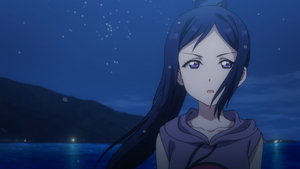 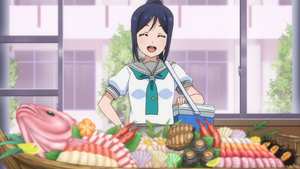 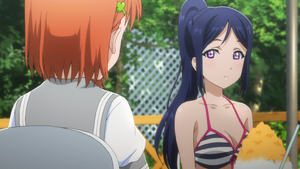 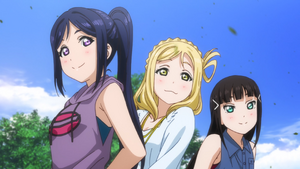 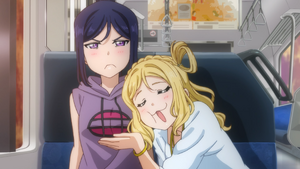 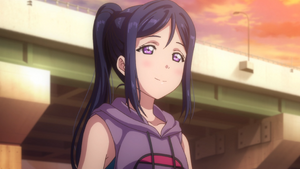 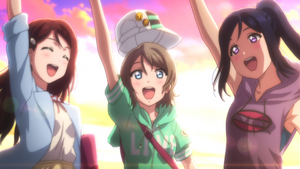 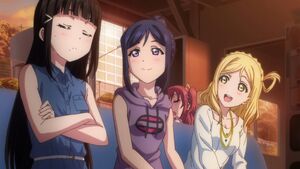 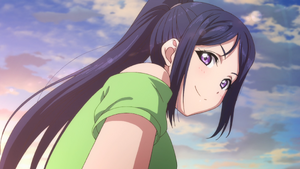 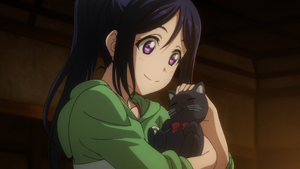 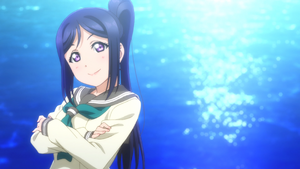 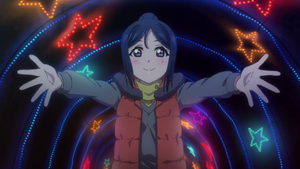 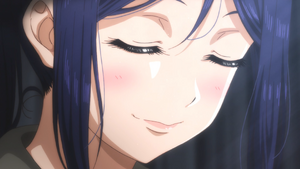 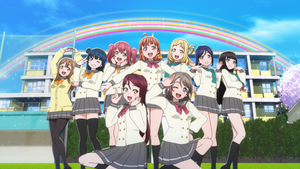 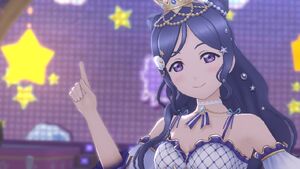 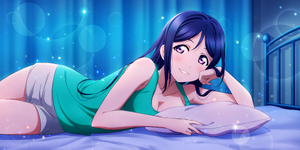 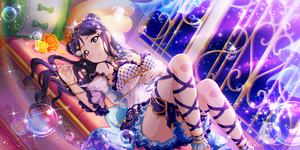 Kanan Matsuura's Hair Down In Bleu Reve
Add a photo to this gallery
Retrieved from "https://hero.fandom.com/wiki/Kanan_Matsuura?oldid=1714335"
Community content is available under CC-BY-SA unless otherwise noted.