Kanata-chan (by herself)
Big sister (by Haruka)

Kanata Konoe is the main characters of Love Live! Nijigasaki High School Idol Club. She is 17 years old and a third year in Nijigasaki High School. Kanata was borin in December 16 and is a Sagittarius. She has large breasts and long, wavy, blown hair and purple eyes. She wears a red cardigan with sleeves past wrists under her winter uniform and a yellow blazer on top of her summer uniform. Her main image color is violet. She is 158 centimeters tall, and her blood type is O. She is the center of QU4RTZ sub-unit under Nijigasaki High School Idol Club. Her solo song album Nemureru Mori ni Ikitai na, My Own Fairy-Tale, Märchen Star and Butterfly.

She is voiced by Akari Kitō in the Japanese version of the anime who also voiced Nezuko Kamado in Demon Slayer: Kimetsu no Yaiba, Kotoko Iwanaga in In/Spectre, Kaho Hinata in Blend S, Sayu Tsukisaka in Re:Stage! Dream Days♪, Nene Yashiro in Toilet-Bound Hanako-kun, Aru Honshou in Hitoribocchi no OO Seikatsu, Siluca Meletes in Grancrest Senki, Suzune Horikita in Classroom of the Elite and Nene Yashiro in Jibaku Shounen Hanako-kun and Noa Himesaka in WATATEN!: An Angel Flew Down to Me.

Kanata knowns as the group's of Sleeping Beauty, Kanata has a uncanny ability to somehow relax anybody in her presence. She has a younger sister named is Haruka.

A third year who always looks sleepy and unmotivated, she belongs to the life design course. Kanata refers herself as "Kanata-chan." She often looks sleepy because she studys hard to keeps her scholarship. One of the original five school idol club members, she stopped coming to the club because she had to repair her exam scores; she agrees to return as Ayumu promised her that Shizuku and Ai would help her with her studies. She is one of the original N-rarity girls introduced in School Idol Festival; she is originally a Shinonome Institute student. She became a school idol to get motivation from her younger sister Haruka Konoe, another school idol introduced in the game. She did her early activities at the School Idol Festival website and is described as a "spoiled older sister-type school idol".

Kanata is always very sleepy and she taking a nap all day long. She is very caring, and easy going to prone while a napping in the laps of others, although she laying her pillow round with her at school. She always really tired to be sleeping but is actually awake and listening to what's going on around her.

She loved how to cooking. She is the member of the Health Committee. 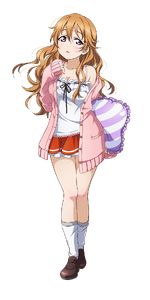 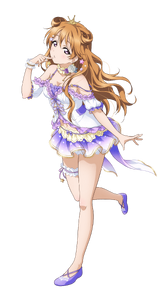 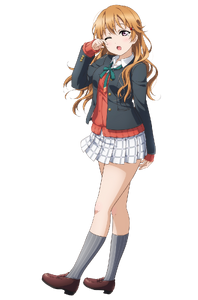 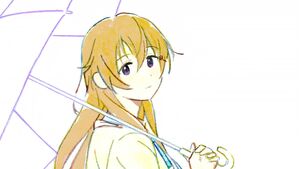 Kanata in the ending 1. 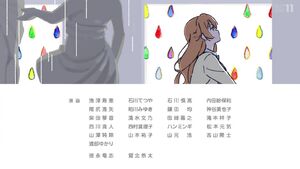 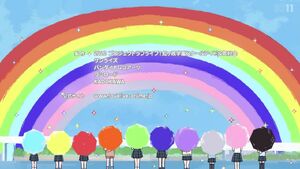 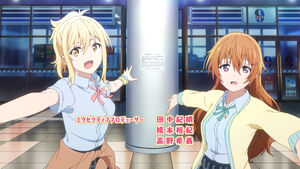 Kanata and Ai in the opening 1. 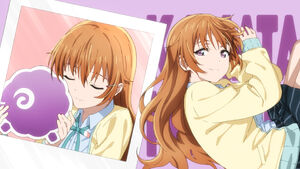 Kanata in the opening 1. 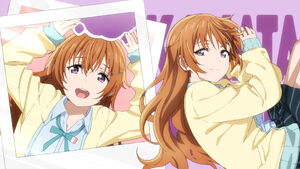 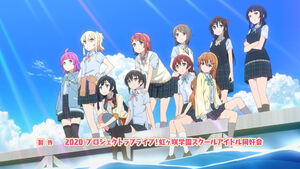 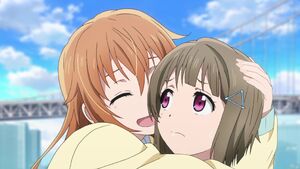 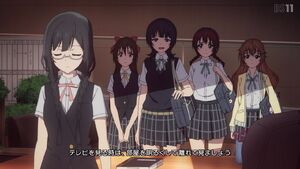 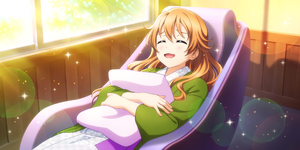 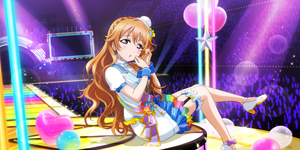 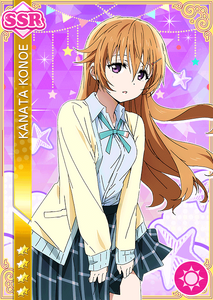 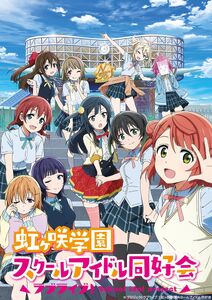 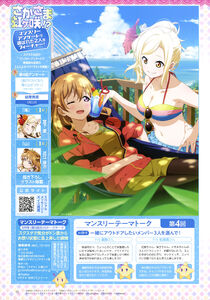