Retainer of the Uesugi clan

Honorable Warrior
Kanetsugu Naoe (Japanese: 直江 兼続) is a character in the Samurai Warriors series. He is a retainer of the Uesugi clan who served Kenshin and his successor, Kagekatsu.

Kanetsugu first served his lord Kenshin in his famous battles Kawanakajima and Tedorigawa. He helps his master against his opponent and Nobunaga's tactics by protecting their allies from danger and performing personally assigned tasks. After his master died of illness, Kanetsugu joined the western attack of Odawara Castle many years later. While walking in the camp, he met Yukimura and Mitsunari. These three people are connected by their honor ideals and form a vow of friendship.

After the siege victory, when Hideyoshi died, the country once again fell into turmoil, and Ieyasu launched a rebellion against the Toyotomi family. After his resistance, Mitsunari and Kanetsugu opposed him. The two friends hope to capture Ieyasu from two directions, while the shrine attacks the Eastern Army from the west. They continued to win before the news of Mitsunari's failure reached their camp. In the retreat of Hasedo, Kanetsugu ensured that his personnel returned to Echigo safely. In their flight, he defeated Masamune, one of Ieyasu's powerful allies.

Once he heard the news that Mitsunari was executed, he decided to follow his friend into the afterlife. Keiji is tried to stopped him and reminded him of the desire of the trio to build a glorious Japan. In order to retaliate against Mitsunari, they quickly rode to Edo Castle and joined Yukimura. When Ieyasu left they took the castle and defeated him in the final confrontation. Although Yukimura lamented that he did not know the whereabouts of Mitsunari, Kanetsugu assured him that he would live forever in their hearts.

When Kanetsugu incidentally collaborated with Ayame, Ayame only needed to notice his own talents. All in all he vowed to live for Uesugi's innocent conquest, she must hurry to retrieve him and not be disappointed. She has something to pass on her will to him and at the same time can told him that he cannot be regarded as a useless blind on the battle, just to love can grasp the other side to disturb the enemy forces. But later on, Nobunaga passed away at Honnōji, Ieyasu was about to conquer Ueda Castle and obtain the most powers for his observation of solidarity. 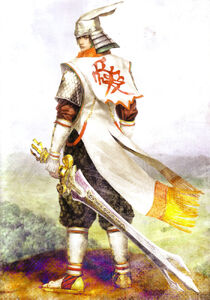 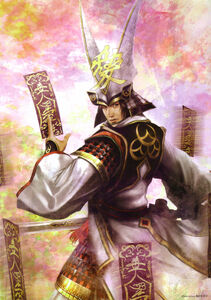 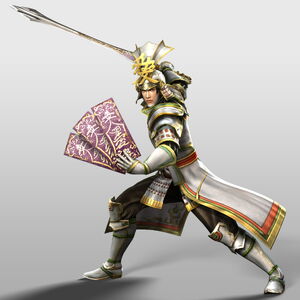 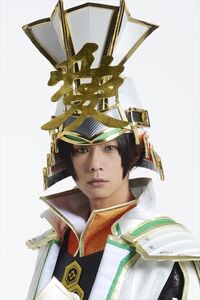 Retrieved from "https://hero.fandom.com/wiki/Kanetsugu_Naoe_(Koei)?oldid=1862418"
Community content is available under CC-BY-SA unless otherwise noted.