Kanon Mizushiro is Ruby's classmate and the main heroine of the series. She comes from the human world (mainly Tokyo, Japan) to study at the Sunshine Academy to achieve her dream. Though she is very posh, mean, nasty and also hated Jewelpets, she can get into serious arguments with Ruby sometimes due to their warped friendship, even to the point of trying to rip each other apart on one occasion (Usually due to them living in the same dormitory). But in the end, both she and the Jewelpet reconcile each other and sometimes cooperate each other onto the worst situations thrown to them. She has a habit on writing love letters and has a crush on Mikage. Later on, she starts to have feelings for Mikage after she tells him that she loves him. Unknowingly that she and Mikage were both twins being separated during their birth. 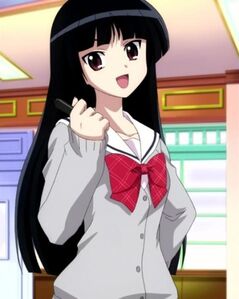 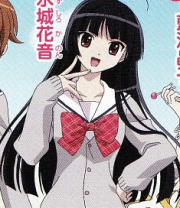