Karen Minazuki is a third-year student at L'École des Cinq Lumières Middle School, and the last Cure to join the group in Yes! Pretty Cure 5. Because of her parents' job, she has been raised by the mansion's butler. At school, she is the student council president, and is very popular by the juniors together with her fellow student council member, classmate, and best friend, Komachi Akimoto, for her cool and inspiring demeanor. Her alter ego is the Cure of Intelligence, Cure Aqua.

She is voiced by Ai Maeda (who also voiced Mimi Tachikawa in Digimon Adventure/02, Sailor Pluto in Sailor Moon Crystal, and Yura Keikain in Nura Rise of Yokai Clan).

Karen is admired by other students due to her calm and stoic nature. This, however, is her outer character—she is actually very lonely, especially when thinking about her parents, whom she secretly misses. Because she has known Komachi for such a long time, Karen often feels responsible for being there for her; to an extent, she feels this way about everyone, believing it to be a natural responsibility of the president of the student council. Because of her position, Karen is able to memorize all the names and faces of all the Cinq Lumières students, and also easily takes responsibility when something happens to the school, as seen in the second episode where she wants Nozomi to explain what happened to the library the other day.

Aqua Stream - Cure Aqua spines around herself once while chanting, and reaches her right hand upward, and the hand begins to glow blue. A stream of water then begins to spiral around the screen before Cure Aqua thrusts her palm towards the enemy, making all the water flow to the Kowaina to purify it.

Aqua Tornado - Cure Aqua's butterfly bow begins to glow, in which the light reaches out toward her left hand. The Aqua Ribbon is then shown, in which she takes it over to her right hand. She then spins around herself once while chanting, and the Aqua Ribbon begins to emit a stream of water that spirals around the screen before Aqua thrusts the Aqua Ribbon at the enemy, making all the water flow at the Kowaina to purify it.

Sapphire Arrow - Cure Aqua makes first with both hands and crosses them in front of her chest, causing the butterfly emblem to glow in her signature color. Tiny droplets of water then begin to swirl around her. She reaches forward and her hand becomes surrounded in a tiny mist. The water gathers into an almost solid form which Aqua grabs a hold of and bends back into the shape of an archery bow. A large, drill-like torrent then rips from the bow. When the arrow hits, a blue butterfly appears, purifying the Hoshina. 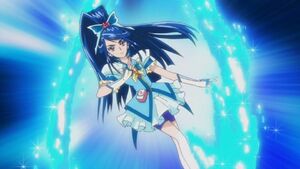 "The Blue Spring of Intelligence, I am Cure Aqua!" 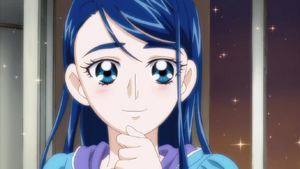 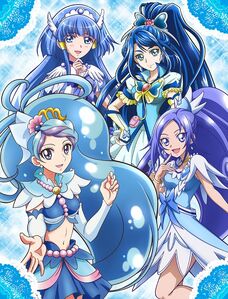 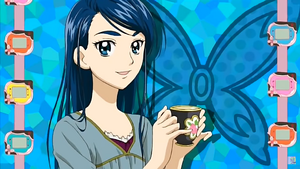 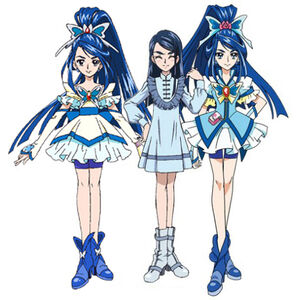 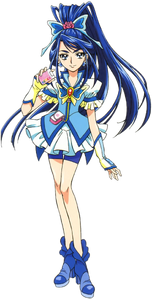 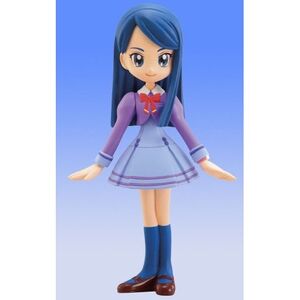 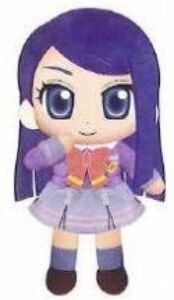 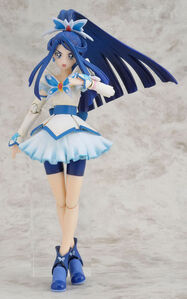 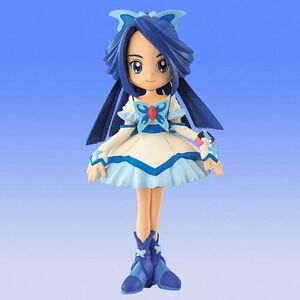 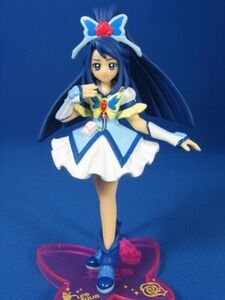 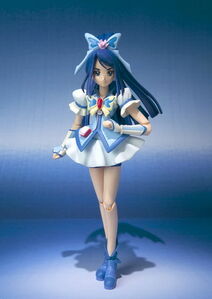 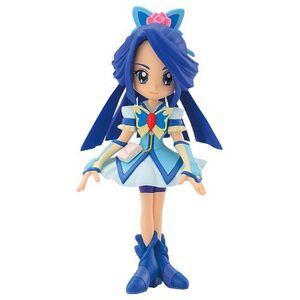 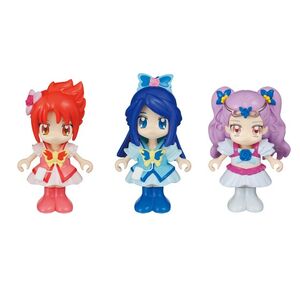 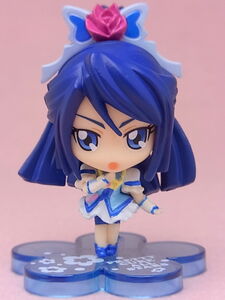 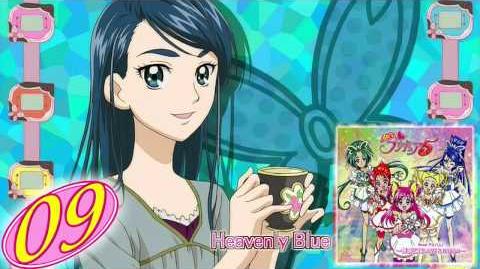 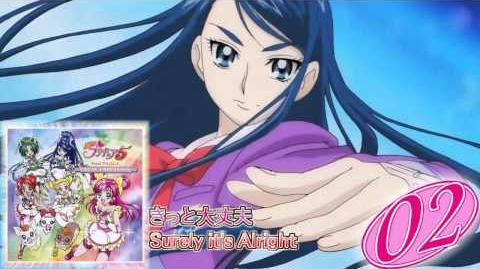