Bantering with Foggy Nelson and Matt Murdock.
Digging into the truth about conspiracies.

Uncover the corruption of Union Allied and arrest Wilson Fisk (succeeded).
Bring in Frank Castle to justice.
Help Castle get over his vengeance (both failed).
Prove that Frank isn't a Terrorist.
Aid Daredevil in putting Wilson Fisk back into Prison (both succeeded).

Karen Page is the deuteragonist and lead heroine of the Netflix web series Daredevil, and a supporting character in The Defenders and The Punisher.

Formerly a secretary for Union Allied Construction, she met Matt Murdock and Foggy Nelson after being arrested for a murder she didn't commit. Soon after, she was released after an attempt on her life while she was in her cell and was subsequently employed as the secretary for Nelson and Murdock. Along with Foggy, Matt and Ben Urich, she was instrumental in the effort to bring Wilson Fisk to justice.

Karen Page was born around 1984-1986 in Fagan Corners, Vermont to Paxton and Penelope Page, and is the older sister to her parents' son, Kevin. During her youth, Karen would spend her time learning how to cook by her grandmother, and was friends with her neighbor, Mr. Larssen. Additionally, Karen worked at her father's restaurant, Penny's Place alongside her family. In school, Karen was a member of the basketball team, becoming known for getting three point shots, and began a romantic relationship with Todd Neiman. By her senior year, Karen learned that her mother had cancer, and mourned her loss from dying from the process.

After graduating from high school, Karen decided to postpone from going to college so she could help her father and brother at Penny's Place. She became bored of living in her small town, and started selling drugs to students alongside Todd. Though Karen didn't re-enroll into college, Kevin decided to do so for her, leading to the two having an argument. Karen later went to Todd and found Kevin burning down Todd's trailer, and when Todd started attacking Kevin, Karen stopped Todd by hitting him with his gun. Karen then drove Kevin away, but during their argument, crashed. Kevin died in the crash, and from her guilt, Karen left Vermont and never returned. She would eventually move to New York, where she worked as a secretary of a chief accountant at Union Allied. 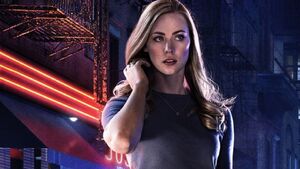 Karen's character poster for season one. 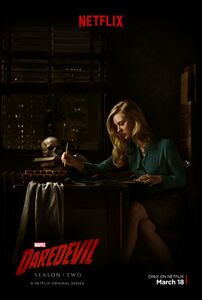 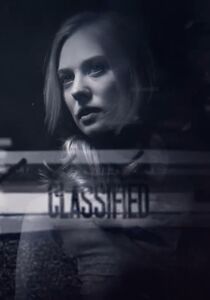 Karen's character poster for season one of The Punisher. 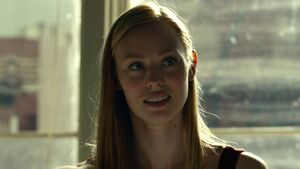 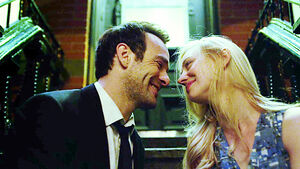 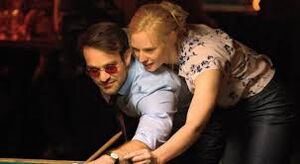