Co-owner of the Chum Bucket

Karen Plankton is the secondary antagonist of SpongeBob SquarePants who is occasionally portrayed as an anti-heroine. Karen's system is built into most of Plankton's inventions. She has two main forms: a big monitor on the wall of the Chum Bucket and a portable wheeled computer. Along with her role as co-owner of the Chum Bucket, she works as the busser, chef, and cashier. She rarely has to fulfill these jobs due to the restaurant's unpopularity.

She is voiced by Jill Talley.

Karen is an A.I. in the form of Mark II Surplus UNIVAC with 256 gigabytes of RAM built by Plankton himself out of a calculator, a mass of wires, and a security system. The two dated while the former was still in school. It was the day of their third date when Mr. Krabs and Plankton became enemies. When he and Karen got married, Plankton had a head full of hair and a bushy mustache. A photograph of them at their wedding can be seen in Komputer Overload.

The further depth of Karen's early life is debatable, since she has two A.I. parents. This was first hinted when Plankton told her "Your parents must have been like, part computer or something.". In Single Cell Anniversary, Karen's AI mother is revealed to be a software program named EMILP. Her father is an outmoded computer named Fredrick, who has so far only been seen in an issue of Nickelodeon Magazine.

She appears in The SpongeBob SquarePants Movie as a major antagonist, successfully helping Plankton to conquer Bikini Bottom for a while by brainwashing the citizens who were eating in the Chum Bucket. In the final battle between SpongeBob and Plankton, she presumably redeemed herself as she ignores Plankton, who shouts "Karen, do something!" Instead of helping him, she surfs through the crowd of freed townspeople.

After the events of the movie, Plankton escapes from prison and comes back to the Chum Bucket that now has only Karen as an owner. She kicks him away for failing to rule Bikini Bottom. However, after Plankton got arrested again, in the episode Jailbreak (who is also set after the events of the first movie), Karen forgives Plankton and goes to visit him in prison bringing him a cake.

Plankton asks her if she put something in the cake to help him to escape but she says she didn't. Plankton gets released from prison for his good behavior, but he is arrested again right after for trying to steal the Krabby Patty Secret Formula. When Plankton is released again, he and Karen reunite and he comes back to be an owner of the Chum Bucket together with her again.

Karen does not have a heart, as stated in a conversation between her and SpongeBob in "Friend Or Foe." However, this does not prevent Karen from expressing emotions or feeling true love for Plankton. She does not often show it, but Karen cares for Plankton more than anything else; almost everything she does revolves around helping him in some way to do. According to Plankton, Karen likes to take long walks on the beach, and talk about their dreams of conquering all of Bikini Bottom. 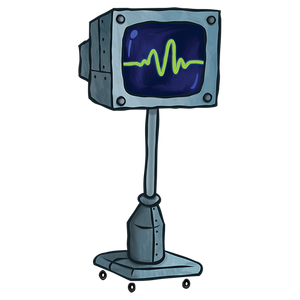 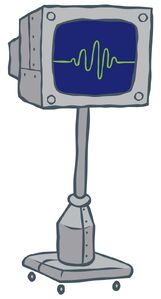 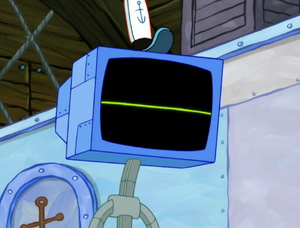 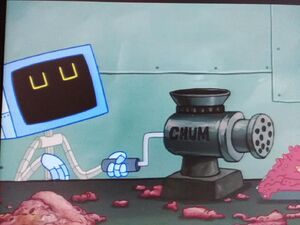